“On the basis of a complete biological analysis, the living human embryo is – from the moment of 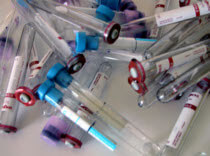 the union of the gametes – a human subject with a well defined identity, which from that point begins its own  coordinated, continuous and gradual development, such that at no later stage can it be considered as a simple mass of cells.” Pontifical Academy for Life, August 25, 2000.

“What is at stake is so important that, from the standpoint of moral obligation, the mere probability that a human person is involved would suffice to justify an absolutely clear prohibition of any intervention aimed at killing a human embryo.” Evangelium Vitae n. 50.