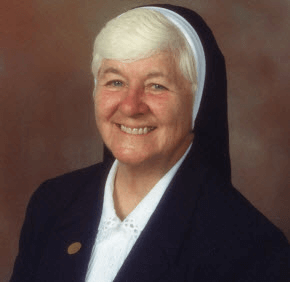 A funeral Mass for Sister M. Gabriel Kane, a member of the Sisters, Servants of the Immaculate Heart of Mary, was offered Jan. 21 in Scranton, Pa. Sister Gabriel died Jan. 17. She was 87 and had been a sister for nearly 70 years.

A native of Wilkes-Barre, Pa., Sister Gabriel entered the Sisters, Servants of the Immaculate Heart of Mary in 1942.

She served as a teacher at St. Bernardine Elementary School in Baltimore from 1944 to 1954 and in southern Maryland at Archbishop Neale High School in La Plata from 1955 to 1959.

Sister Gabriel also served at Marywood University in Scranton, Pa. as vice president for student affairs from 1969 to 1975, as the institution’s director of admissions from 1975 to 1984 and on the staff for conference and event services from 2005 to 2007.

From 1984 to 2005, Sister Gabriel was vicar for religious and associate director of vocations for the Diocese of Scranton.

From 2007 until her death, Sister Gabriel was a prayer minister at Our Lady of Peace Residence in Scranton.

She earned a bachelor’s in education from Marywood University, a master’s in French from Assumption College in Worcester, Mass. and a master’s in counseling from the University of Scranton.