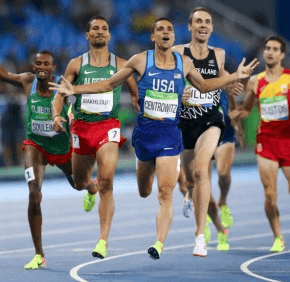 By Paul McMullen
pmcmullen@CatholicReview.org
Twitter: @ReviewMcMullen
Three men with ties to the Archdiocese of Baltimore made Olympic history with gold medal performances on the closing weekend of the 2016 Games in Rio de Janeiro.
On Aug. 21, Kyle Snyder, who was raised in St. Joseph Parish in Sykesville and spent three years at Our Lady of Good Counsel High School in Olney, became the youngest American to win a gold medal in wrestling, when he took gold in the 97-kilogram (214-pound) weight class.

The 20-year-old beat Khetag Goziumov of Azerbaijan in the gold medal match at Carioca Arena, with his parents, Tricia and Steve Sr., among family and friends in attendance. Snyder is a student at Ohio State University.
Just prior to the closing ceremony Aug. 21, the U.S. earned its third straight gold medal in men’s basketball.
All three of those teams included Carmelo Anthony, making him the first man in Olympic history to win three gold medals in the sport. Anthony played for the former Towson Catholic High School, helping the Owls to the championship game of the Baltimore Catholic League tournament in 2000 and 2001.

The final session of track and field Aug. 20 was punctuated by Matt Centrowitz’s victory in the 1,500 meters, the first by a man from the United States since 1908. Centrowitz, a 2007 graduate of Broadneck High School, received his religious formation at St. Andrew by the Bay Parish in Annapolis.
Centrowitz, who ran for the University of Oregon before turning professional, runs for Nike and is coached in Portland by Alberto Salazar, whose faith has taken him on a pilgrimage to the Bosnian village of Medjugorje.
“When they’re traveling, they go to Mass together,” said Beverly Bannister-Centrowitz, Matt’s mother.
Centrowitz came within .04 seconds of the bronze medal at the 2012 London Olympics. He is not the first man with a link to the archdiocese to win the event, as Peter Rono of Mount St. Mary’s won the 1,500 at the 1988 Olympics in Seoul.

The final weekend also included another gold medal for the U.S. women’s basketball team, which for the second straight Olympics included Angel McCoughtry, a graduate of St. Frances Academy in Baltimore.