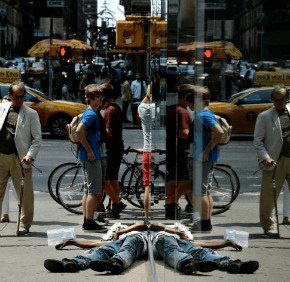 WASHINGTON – It was Aug. 22, 1996, when President Bill Clinton signed the Personal Responsibility and Work Opportunity Act — known in shorthand as welfare reform. Clinton had campaigned for the presidency in 1992 on a pledge to “end welfare as we know it,” but had vetoed two previous bills he thought too harsh.

The third try from a Republican-led Congress still contained elements he didn’t like, even after secret negotiations with then House Speaker Newt Gingrich, but he signed it rather than put his re-election bid at risk.

The 1996 law put welfare funds into block grants for states to distribute as they saw fit. Michigan uses some of the money for scholarships, and Texas uses some for foster care, according to University of Michigan professor H. Luke Shaefer, co-author of “$2.00 a Day: Living on Almost Nothing in America.”

States installed requirements for welfare recipients to look for jobs or enroll in job training programs, and it put a time limit on how long welfare recipients could receive aid. In 2010, Arizona cut the time someone could receive welfare from 60 months to 36. Between 2006 and 2014, the state’s rolls dropped nearly two-thirds, according to the Center for Budget and Policy Priorities.

The more severe effects of the welfare reform were initially tempered by an economic boom that significantly cut unemployment levels and saw the federal government run budget surpluses.

With 20 years having passed, one bumpy 9/11-influenced economic downturn and one Great Recession later, how successful has welfare reform been?

As with most thorny social issues, it depends on who you listen to.

During an Aug. 16 forum at the Heritage Foundation in Washington on welfare reform’s effects, a three-man panel declared it had worked just fine, with some suggestions that it was time for other federal cash-transfer programs to undergo the same reform as welfare.

Noting that welfare’ main cash-benefit program is called Temporary Assistance for Needy Families — its previous name was Aid to Families With Dependent Children — Robert Rector, a Heritage Foundation senior research fellow, said: “Welfare seems to have made single parents better off than the rest of the population,” adding that poverty rates have gone up in the past two decades for households without children.

Rector took issue with the premise of Shaefer’s book that claims 1.65 million Americans are living on $2 a day. Extreme poverty is defined as living at one-tenth the official poverty level of $19,000 a year for a family of three.

When looking at those living in extreme poverty, he said, “86 percent of the population have air conditioning in their homes or their apartments, two-thirds have a computer, 90 percent have a cellphone, and 88 have a DVD player” or similar device.

“We’re spending more than ever on those at the bottom,” said Bruce Meyer, a professor in the University of Chicago’s Harris School of Public Policy Studies, at the forum. “They say welfare is dead. By that they mean we’re not spending on welfare anymore.”

Making the claim of whether welfare recipients are better off than before harder to determine is that “people no longer want to report their income to household surveys,” Meyer said. In Census Bureau surveys, he said, “63 percent of TANF and general assistance beneficiaries don’t say what they receive. … Sixty-one percent getting pension income don’t report that,” as well as 43 percent of those getting SNAP benefits.

Robert Doar, a former welfare commissioner in New York City, said that during a roundtable discussion in New York on how the city’s poor would cope in the Great Recession, he noted that “people seek assistance for the needs they have at that time. It takes a long time to have to turn to the cash welfare program. … TANF is the last stop on the bus, and is often not necessary because other programs rush in their aid in its wake.”

Doar said, “The real heroes of the welfare reform story of 1996 were the recipients, the applicants themselves. They did what people thought they couldn’t do. … They responded to the challenge.”

Now a Morgridge fellow in poverty studies at the American Enterprise Institute, Doar said no one should think that welfare recipients are “living off government largesse.” Yet the notion that there are “disconnected moms” trying to find sustenance for their children is “just not true. Every one of the disconnected moms is in SNAP. Every one of them is issued a card with which they can buy groceries.”

He criticized crafting a “worst-case scenario” into poverty reduction plans. “You will get more people to take advantage of this program,” Doar said, “and all the benefits of introducing a work-based program will be gone.”

Work-based programs are not all they are cracked up to be, according to Alana Semuels, a staff writer for the Atlantic. In her own 20th-anniversary retrospective of the law published in April, she said Arkansas imposed a work requirement to get benefits — and if no job can be found in a state with 5.7 percent unemployment, then volunteering is an alternative. “Finding a place to volunteer or work can be very hard for those who don’t have phones, mailing addresses, or work clothes,” she wrote.

Job training is no panacea, either, Semuels added: “The job training programs the government often makes available are just a few weeks long, which doesn’t prepare people for middle-class jobs, and certainly doesn’t make up for years of abysmal basic education. And it’s nearly impossible for poor people to attend longer training — much less a four-year college — because they need to be doing something to earn money.”