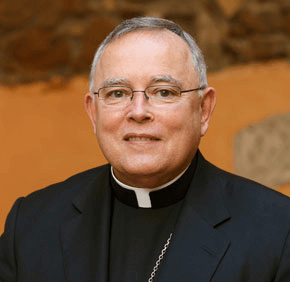 VATICAN CITY – Church teaching against abortion “requires absolute adherence” on the part of Catholic voters, who must “stand united” in opposition to the practice regardless of party affiliation, said Archbishop Charles J. Chaput of Philadelphia.

“(Abortion) really is a big issue today, and I think what it requires of Catholics is a loyalty to the church prior to their political party,” Archbishop Chaput told Catholic News Service Oct. 20 in Rome.

According to the Catechism of the Catholic Church, abortion is “gravely contrary to the moral law” in all cases — a church teaching that “has not changed and remains unchangeable.” Under canon law, any “formal cooperation” in abortion automatically incurs the penalty of excommunication.

“If we don’t stand united on this issue, we’re bound to failure,” Archbishop Chaput said, “not only in the area of protecting unborn human life but in maintaining our religious freedom.”

He said that a lack of such unity among Catholic voters had permitted support for legalized abortion to become part of the Democratic Party platform.

“Catholics have been historically part of the Democrat Party in great numbers, and I think really could’ve stopped that great development, movement, if they tried, but they didn’t in order to accommodate people from the other side of the issue,” he said.

Yet opponents of abortion must continue to put pressure on both parties, the archbishop said.

“You can’t trust the Republicans to be pro-life 20 years from now,” he said. “You can’t let any party take your vote for granted. And that’s unfortunately what’s happened. I think many of the Democrats have (taken) Democrat Catholic votes for granted because they’ll go with them no matter what the party position might be on abortion.”

“That’s why the position of the Democrat Party has gotten worse, and worse, and worse as time goes on, because Catholics haven’t abandoned them as they’ve moved in that direction,” the archbishop said. “So we just have to be insistent on that, Catholic identity takes precedence over everything.”

Editor’s Note: A video interview with Archbishop Chaput on the politics of abortion is available at http://youtu.be/DaL176Wd70k.