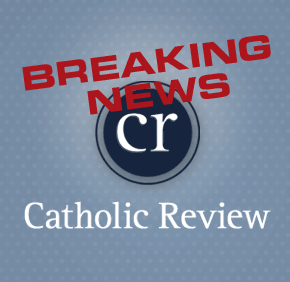 The Maryland Catholic Conference said that President Barack Obama’s May 9 statement in support of same-sex marriage “does not change anything on the substance of the issue” in Maryland.

The MCC is currently working with the Maryland Marriage Alliance to put the state’s same-sex marriage law to popular vote in the fall.

“For us in Maryland, the vote on marriage this November has nothing to do with politics,” said MCC Executive Director Mary Ellen Russell in a written statement May 9. “It will be a vote on the issue of marriage itself.”

Russell noted that marriage pre-dates Democrats and Republicans and the Electoral College.

“The definition of marriage is not a matter of politics,” she added. “It is a matter of values and the foundation of society and family.”

The statement said the MCC is “confident that Marylanders will join voters – now in 32 other states – in upholding marriage as between one man and one woman,” she said.

The MCC advocates for the public policy positions of the state’s Catholic bishops.

Obama told ABC News May 9 that his position on same-sex marriage has evolved over time and that he had “concluded that for me personally, it is important for me to go ahead and affirm that I think same-sex couples should be able to get married.”

The Maryland Marriage Alliance announced May 2 that a petition to put the state’s new same-sex marriage law to popular vote has collected more than 30,000 voter signatures, marking the drive’s halfway point.

Nearly 56,000 valid signatures are needed by June 30 to add the measure as a referendum to the November ballot, with half due May 31 to the Maryland State Board of Elections.

In February, The Maryland General Assembly passed a bill changing the state’s definition of marriage, making it legal for same-sex couples to wed. Gov. Martin J. O’Malley signed the measure into law March 1. It is scheduled to take effect next year.

Obama spoke in support of same-sex marriage one day after North Carolina voters approved an amendment to the state’s constitution to define marriage as a union between one man and one woman.