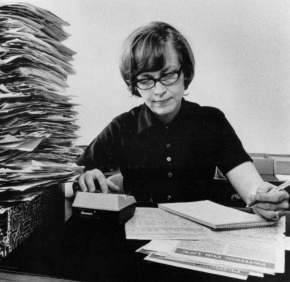 WASHINGTON – The U.S. abortion rate is down to its lowest level since the Supreme Court made abortion legal virtually on demand in 1973, and the rate is half of its early-1980s peak.
According to a study issued Jan. 17 by the Guttmacher Institute, the abortion rate for U.S. women ages 15-44 is 14.6 per 1,000 in 2014, the last year for which statistics are available. The figure represents a 14 percent decline from the 2011 numbers, and less than half of the 1981 rate of 29.4 abortions per 1,000 women of child-bearing age.
The percentage of pregnancies ending in abortion is down to 18.8 percent, a decline of nearly two-fifths below is 1983 peak of 30.3 percent.
A statement by the Guttmacher Institute, which supports legal abortion, said the study “did not directly investigate reasons behind the declining abortion rate,” but suggested “the wave of abortion restrictions passed at the state level over the last five years” could have contributed at least in part to the decline.
These come under the umbrella of TRAP laws, short for Targeted Regulation of Abortion Providers.
Examples of such laws in effect before the 2014 numbers were calculated include Wisconsin’s 2013 statute requiring abortion providers to have admitting privileges at a nearby hospital; Oklahoma’s law banning the use of abortifacient drugs early in pregnancy; mandatory ultrasounds, which were on the books in 20 states; laws requiring a waiting period of at least one day after a pregnant woman’s first visit to an abortion provider – the South Dakota version requires a pregnant woman to visit a crisis pregnancy center during the waiting period; informed-consent scripts to be read by abortion doctors, including 12 states that instruct doctors to tell pregnant women about the unborn child’s ability to feel pain; and building code standards for abortion facilities.
“When they see the child moving in the womb on an ultrasound, when they hear the heartbeat of the unborn child, when they know there are people and programs available to help them with a new baby and new circumstances, when they see what dismemberment abortion does to these precious children, the pain and agony that is involved in every chemical abortion, they look for life preserving solutions that are better for everyone involved,” said a Jan. 17 statement from Carol Tobias, president of National Right to Life.
Results of a Marist poll released in July showed that even if they support keeping abortion legal, about eight in 10 Americans said they favored restrictions on abortion.
More recent legislation at the national level has not met with the same success as state measures. Although the House approved the Pain-Capable Unborn Child Act in 2015, it secured only 55 of the necessary 60 votes in the Senate to override cloture that September. And the Dismemberment Abortion Ban Act was referred to the Senate Judiciary Committee in September 2016, after Congress’ summer recess, and no action was taken afterward.
Although the abortion rate has decreased, support of legal abortion continues to outpace support for making it illegal.
The Pew Research Center, which conducts an annual poll of Americans asking whether they believe abortion should be legal or illegal in most cases, found in last year’s poll that 56 percent said abortion should be legal in all or most cases, while 41 percent believe it should be illegal in all or most cases.
Since Pew began asking the question in 1995, more people have held that abortion should be legal than the opposite. The closest margin was in 2009, when 47 percent said it should be legal, a low-water mark for support, while 44 percent said it should be illegal – a high-water mark also matched the following year. Support for legal abortion is typically in the 50s, while those who say it should be illegal number in the low 40s.