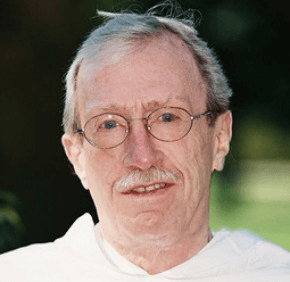 “He was just a wonderful guy, and a giving priest,” said Father William J. Axe, provincial of the Holy Trinity Fathers, from his office in Pikesville. “He had vision, and didn’t have any narrowness. He was never paralyzed by fear.

According to an obituary prepared by the Trinitarians, Father Dowdell was born in 1942 and raised in Troy, N.Y. He earned a bachelor of arts in English from Siena College in Albany, and in 1967 entered Sacred Heart Monastery in Pikesville, where his fellow seminarians included Father Axe.

Father Dowdell studied philosophy at St. Mary’s Seminary in Baltimore, and earned bachelor’s and master’s degrees in theological studies from The Catholic University of America in Washington, D.C.

Ordained in 1974, he spent seven years at DeMatha Catholic High School in Hyattsville, four as an English teacher and three as dean of students. During two years in New Orleans, a parish school under his leadership doubled its enrollment and gained the admiration of the Taizé movement. His three years in Trenton, N.J., were marked by a tuition program he devised at its cathedral school, which increased enrollment and the number of minority students.

Father Dowdell returned to Baltimore in 1986, and for two years served on the staff of Redeemer House, a refuge in Federal Hill for men experiencing homelessness. In 1989-90, he taught for the state at Brockbridge Correctional Facility in Jessup.

“After looking at the educational needs at Redeemer House,” Father Axe said, “he said, ‘maybe I can teach at a prison.’ … Wherever he went, he connected with the people.”

From 1990 to 1995, Father Dowdell worked for the South East Community Organization (SECO), where he began literacy programs for families, brought Southeast Baltimore its first Head Start program in more than a decade and managed 20 staff at four locations.

“Father Aaron was a visionary,” said Anne Devaney, then a teacher for Head Start. “When he did something, it was with passion and enthusiasm. He began Head Start sites from scratch, from hiring staff, to stocking classrooms, to arranging for food for the children to be fed twice a day.

“Volunteering was a mandate for all of our parents. He spoke at all of our sites, and I know they were moved and motivated by him. Our parents began to see that they did have this power.”

After several assignments in New York, Father Dowdell returned to Baltimore in 2003, and led the Franciscan Center until the end of 2005, when physical disabilities forced him to resign.

A north Baltimore ministry of the Sisters of St. Francis of Assisi, the Franciscan Center provides emergency assistance to those who are economically disadvantaged. On Father Dowdell’s watch, its offerings to clients included art therapy.

“He was interested in all the arts, and thought the people who came to us for help could benefit from them,” said Judy Dobson, director of Responsive Services at the Franciscan Center. “They were able to express themselves in ways they otherwise couldn’t.

“It was very affirming. We held an art show and reception, where clients could sell their work. It was a hallmark program.”

Father Dowdell’s remains were cremated, and his funeral will be held June 13 at the Holy Trinity Spiritual Center in Pikesville. The delay will allow members of his religious order, who will be in town for a Province Assembly, to participate in the Mass.