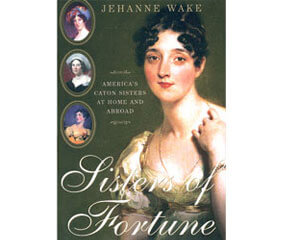 American history, bioethics and personal stories of grace are among recently published books set in Baltimore or produced by a local parishioner.

Titles, websites where books can be ordered and capsules which borrow comments from press materials on some local offerings follow.

The Jewish People and Jesus
By Joseph A. Butta Jr. with Steven E. Daskal
authorhouse.com

A parishioner of St. Leo in Little Italy, Butta presents a six-week course there on what he describes as “Rabbinical Judaism, Biblical Christianity, and Islamic Literalism.” His first book “brings to light the importance of understanding Christian anti-Semitism and the 2,000-year wedge it helped form between Christians and Jews.”

Subtitled “Waiting on Tables and Beating the Odds in the ’60s – An Italian-American Woman’s Story,” the author’s Catholic ties range from Highlandtown’s Our Lady of Pompei Parish being mentioned on the first page of the introduction to acknowledgements that include retired Father Robert E. Albright. In between, Dixon tells of escaping an abusive relationship and surviving on her own by waiting tables in fabled dining institutions, from Haussner’s to Sabatino’s to the old Golden Arm.

British-born and educated, veteran Catholic journalist and now a parishioner of St. Vincent de Paul in Baltimore, Jones uses his poetry to explore the relationship between Jesus and Mary, “the only human he knew who had been called and ‘touched’ by God as he himself had been called and touched.”

A Travel Guide to the War of 1812 in the Chesapeake
By Ralph E. Eshelman
press.jhu.edu

A historian for the National Park Service’s Star-Spangled Banner National Historic Trail, Eshelman organizes for readers 18 tours in Maryland, Virginia and the District of Columbia, with period drawings, contemporary photos and easy to read maps. Appropriate acknowledgement is paid to Fort McHenry and the inspirational events of September 1814, as six index notations begin with Francis Scott Key.

A parishioner of St. John the Evangelist in Hydes and retired registered nurse, Gill “observed the profound effects hope has” on the health of patients. The work includes “Perspectives in Hope” from 26 contributors, including one from her former pastor, Father William F. Franken, titled “The Real Challenge,” and Gill’s top 15 “Hope-Filled Scriptures.” The latter are heartfelt, as Gill deals with a neuromuscular disease that has her on a respirator 14-15 hours a day.

“Janice the Griot” has carried on the West African tradition of storytelling, portrayed Mother Mary Lange and founded the sacred dance ministry at New All Saints in Liberty Heights, where she is a parishioner. Now Greene extends her talent to a children’s book, in the hope that “all young people who are struggling now could look into their future to see that great things are ahead.”

A parishioner of Sacred Heart, Glyndon, Kleiman became “determined to finish and publish my novel” while dealing with a rare form of cancer. He was able to do so, with the help of many health care professionals, his wife, Helen, and the prayers of many, including his pastor, Monsignor Lloyd E. Aiken. Kleiman’s passion is a “political satire that creates a world where there are cats who talk and people who respond to their words.”

The Immortal Life of Henrietta Lacks
By Rebecca Skloot
crownpublishing.com

The 2010 best-seller, doesn’t have a Catholic angle, but is recommended for anyone interested in bioethics or the plight of the poor and uneducated. Its strong narrative is driven by the death of a black woman in 1951, what Johns Hopkins Hospital did with some of her cells and how they continue to be a gold mine for researchers, with little recompense to her heirs.

The four grand-daughters of Charles Carroll of Carrollton, the only Catholic signer of the Declaration of Independence, were raised at Doughoregan Manor in Ellicott City and Carroll House in Annapolis. Whether it was moving to Britain and marrying royalty or making their mark as a stock market speculator, they “went on to forge their own destinies in the face of intense prejudice against Americans and Catholics.”