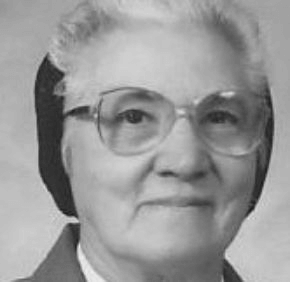 A funeral Mass for Sister Louise Del Carpine, a member of the Religious Teachers Filippini, was offered July 10 at the St. Lucy Chapel at Villa Walsh in Morristown, N.J. Sister Louise, who taught sixth grade at Our Lady of Pompei School in Highlandtown from 1956 to 1957, died July 7. She was 87.

Sister Louise was born and raised in New York City and entered the Religious Teachers Filippini in 1941, receiving her habit in 1944 and making her profession in 1947.

In addition to her brief ministry in Baltimore, Sister Louise served in New Jersey, Connecticut, Pennsylvania and Ohio. She retired in 2011 and became a resident of St. Joseph Hall at Villa Walsh.