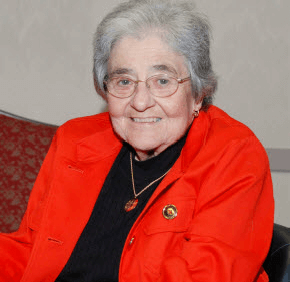 A funeral Mass for Religious Sister of Mercy Louis Mary Battle will be held at 11 a.m. Nov. 14 at the chapel at Stella Maris in Timonium. Sister Louis Mary died Nov. 9 after a brief illness. She was 79.

A native of Montgomery, Ala., Sister Louis Mary entered the Religious Sisters of Mercy, Province of Baltimore in 1952. She professed final vows in 1957.

In the late 1950s, Sister Louis Mary was head nurse of geriatrics at Stella Maris.

From 1959 to 1968, she was at St. Joseph’s Infirmary in Atlanta where she served unwed mothers, established a pediatric unit and was director of staff development.

Sister Louis Mary returned to Baltimore in 1968 to become director of nursing and resident activities at Stella Maris. In 1969 she was named administrator of Stella Maris.

In 1992, she helped lead a campaign to fund and construct the Marion Burk Knott Wing, a facility for people with dementia.

In 1995, Sister Louis Mary was involved with Stella Maris becoming affiliated with Baltimore’s Mercy Medical Center by opening a 19-bed inpatient hospice unit within the hospital.

She became president emerita of Stella Maris in 1997.

In 2002, Sister Louis Mary received the Carroll Medal from Loyola University Maryland in Baltimore for her dedication to serving people in need and her leadership in caring for the elderly. She received the Pro Ecclesia et Pontifice Medal from Pope John Paul II for her service to the church.

She earned a bachelor’s degree from Mount St. Agnes College in Baltimore and a master of science in nursing from St. Louis University in St. Louis, Mo.