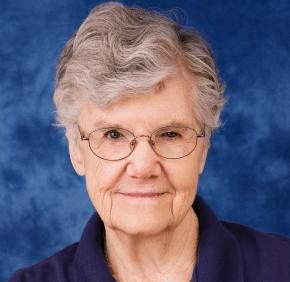 A Philadelphia native, Sister DeSales earned her bachelor’s degree in Elementary Education from St. Joseph College in Emmitsburg in 1967; and a master’s degree in Business Administration from The Catholic University of America in Washington, D.C., in 1979.

In the Archdiocese of Baltimore, she served at St. John School in Baltimore, 1952-54; St. Charles School in Pikesville, 1954-57; and St. Michael the Archangel School in Overlea, 1957-66. She also served in Delaware, New York and Virginia.

Sister DeSales entered the Ministry of Prayer at Villa St. Michael at the end of July 2014 and continued in this ministry until the time of her death.