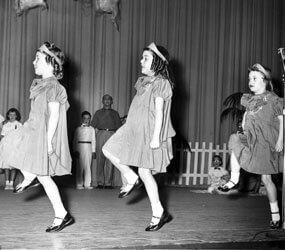 At the conclusion of the current school year, 13 Catholic schools in the Archdiocese of Baltimore will close.

The Catholic Review pays homage to those schools and their legacies, with capsules of six elementary schools this week, six more in the June 3 issue, and an article on The Cardinal Gibbons School in the June 10 graduation issue.

Our Lady of Fatima School, Baltimore

Worth remembering: Founded by the School Sisters of Notre Dame with the support of the Redemptorist priests and brothers who staffed the parish, Our Lady of Fatima School was first located in a small storefront on Drew Street in Baltimore. It moved to its current site on East Pratt Street in 1953 in what then was a rural section of the city not far from a dairy farm.
At the height of its enrollment in the 1960s, Fatima maintained seven buses that each made two trips carrying 1,200 students back and forth to school.
For most of its history, Fatima operated as a parish school, but in the late 1990s and early 2000s, it was part of a consortium of schools known as the Southeast Baltimore Catholic Academy.
Paul Llufrio, current principal, said the school was known for its outstanding Christmas productions. The community supported an annual “race for education” that raised $20,000 to help with expenses. Four School Sisters of Notre Dame still serve on the staff, along with dedicated lay teachers.
“I’m very proud of our kids,” he said. “They like helping older folks and they do a lot of volunteer work. Most of them went on to Catholic high schools. It’s just a great school.”

Worth remembering: Established in 1914 near the city-Anne Arundel County line, St. Rose of Lima Parish opened a school under the direction of Monsignor Leonard J. Ripple and with four Dominicans on staff, Sisters Elvara Dooling, Oswald Burns, Alphonsus McNicholas and Gertrude Thomas. It continued to flourish under his successor, Bishop T. Austin Murphy, despite a series of calamities. Three months after the school opened, it was destroyed in a fire. The parish’s first two churches also went up in flames, the latter in 1950. Its replacement collapsed in February 1967 under the weight of snow, as students at 8 a.m. Mass dove under pews. Enrollment reached approximately 800 during the Baby Boom, as the current school building was dedicated in 1956. Those peak years included learners like Louise Kvech, who next year will mark her 50th jubilee with the School Sisters of Notre Dame, and Michael Ward, the president and CEO of CSX. The campus was packed again May 15, when the annual “Spring Fling” saw alumni sociale outside a building they raced around on field days.

Founded: 1927
Religious staff: Sisters of the Holy Family of Nazareth
Commemorative events: Closing Mass celebrated by Bishop Mitchell T. Rozanski, June 5, 5 p.m. Last day of school, June 9 with Mass at 9:15 a.m.
Worth remembering: For the majority of its history, the Sisters of the Holy Family of Nazareth educated students at Sacred Heart of Mary. Five sisters arrived in Baltimore in 1927 from Torresdale, Pa., at the request of Archbishop Michael Curley. When classes first started, there were also three lay teachers on staff.
The Sisters of the Holy Family of Nazareth left the school in 1999 after 73 years of dedicated service to a largely Polish-American population.
Throughout the 1950s, 60s and 70s, Sacred Heart of Mary enrollment averaged between 500 and 600. In more recent years, Sacred Heart of Mary participated in a program for children with learning disabilities called “PRIDE” – Pupils Receiving Inclusive Diversified Education or “PRIDE.”
Pamela Walters, current principal, said May processions have always been a strong tradition at the school. The community also boasts a large number of boys and girls who have pursued religious vocations – including Bishop Rozanski and Xaverian Brother William Ciganek, who teaches in the school and serves as a summer pastoral associate.
“Our biggest legacy is how closely our parish and school have been intertwined,” Walters said.

Founded: 1961
Religious staff: Started by the Religious Sisters of Mercy
Commemorative events: A picnic was held May 15 for parishioners and alumni; graduation will take place May 27; and a Mass will be held on the last day of school, June 4.

Worth remembering: When Holy Family School opened its doors in 1961 to first and second graders, each class consisted of 45 pupils. During a cornerstone laying ceremony Sept. 17, 1961, the school children placed their names in the cornerstone before it was cemented in place.
Several current staff members were also students at the school. Philadelphia Eagles defensive end Victor
Abiamiri is a Holy Family graduate.
When Holy Family alumna and longtime school secretary Carol Dixon thinks about the school, she said the word family comes to mind. “I can tell parents’ voices on the phone without them having to tell me who they are,” she said. “You’re going to miss the kids the most.”

Worth remembering: Monsignor Albert T. Stallings, founding pastor of St. Clare, asked 85 American orders of nuns and 18 Irish orders to staff the newly opened school before the Sisters of Mercy of Kells, Ireland, said yes. The pastor had just completed a novena to the Holy Spirit when the congregation wired him on Holy Thursday, 1957, with the news. The sisters staffed the school until the mid 1980s. They were well known for their devotion to students and the major St. Patrick’s Day Irish dance productions that featured St. Clare youngsters. A Franciscan Sister of Baltimore led the school for a few years after the Irish sisters left, and a School Sister of Notre Dame was also a longtime principal. Three lay principals also served the school.
Tuition in the early years was $15 annually and enrollment topped 700 in the 1960s.
“What strikes me the most about this community is that the people continue their involvement here for decades,” said Maggie Dates, current principal. “It’s a family institution.”

Founded: 1903
Religious staff: First administered by Sisters of St. Francis of Philadelphia; staff members have included Oblate Sisters of Providence and Sisters of Notre Dame de Namur
Commemorative events: A May 21 prayer service and reception with alumni and current students was held. A video with historical photos was also produced. The final graduation was held May 20.

Worth remembering: When the St. Katharine first opened, there were 113 students at the East Baltimore City school. Classes were taught in the basement of the now-closed St. Katharine of Siena church. The current school building was erected in 1916. St. Katharine was named a primary school in 1973 and became part of the Queen of Peace Cluster with Ss. James and John, another primary school, and St. Wenceslaus, a middle school. Recently, St. Katharine offered classes in Pre-K through eighth grade.
CBS television reporter Byron Pitts attended St. Katharine and returned to the school to film a story about how important it was to his formation. Graduates from the 1940s recently held reunions. School pride runs deep, as current students are hoping to take trophies won over the years to their new school, Ss. James and John. Students were successful in a state robotics competition in recent months.
Principal Angela Calamari came from Resurrection-St. Paul School in Ellicott City two years ago. She said the students are a reflection of the school’s namesake.
“I think the legacy of St. Katharine is that if you are what God wants you to be then you will set the world on fire,” the principal said. “I think the kids have the potential to set the world on fire. They have a sense they are being called to greatness.