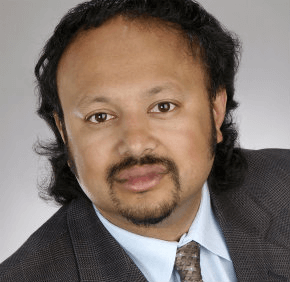 By Elizabeth Lowe
elowe@CatholicReview.org
Economist Anirban Basu, chairman and chief executive officer of Sage Policy Group, Inc., a Baltimore- based economic and policy consulting firm, offers six reasons why he believes parents should enroll their children in Catholic schools:
College admissions
“A Catholic education is more likely to be associated with matriculations into a post-secondary institution,” Basu said.
Classroom instruction
“The educational techniques and philosophies embodied by Catholic schools tend to generate a greater base of knowledge,” Basu said, “which in turn translates into more successful candidacies for college enrollment or college acceptance.”
Future opportunities
“The fact that one sends a child to Catholic schools implies a great deal of care and concern of their child’s educational and economic outcomes,” Basu said. “This is not to suggest there is not the level of dedication in a public school setting. Public schools, particularly high schools, tend to be much larger and individual attention is more difficult to supply.”
Moral compass
“Children are faced with many temptations and therefore need, more than ever, a strong ethical foundation,” Basu said. “They need to be positioned to be thoughtful citizens and stewards of their own lives. There is, of course, a very strong correspondence between Catholic teaching and the presence of that moral or ethical foundation and I think parents are looking for that.”
Religious education
“Some people are attracted to Catholic schools because they are Catholic,” Basu said. “But, of course, many of those who attend these schools are not Catholic, and that is due in part to the fact that the neighborhoods in which these schools are situated have changed dramatically over time. Many former urban Catholic residents have moved to the suburbs and have been replaced by people with incredibly diverse, ethnic and religious backgrounds.”
Cost
“Catholic schools represent a bargain, especially if one feels their children are receiving a similarly situated education,” said Basu, noting the price tag of many independent, private schools in the Baltimore area approaches $30,000. “Catholic schools, in some sense, reflect a Goldilocks-type setting – not too expensive for some families and not too generic for others. Catholic schools still enjoy a very attractive place in the market for education.”
To read more articles on Catholic education, click here.
Also see:
Young adults at the helm of the fight for life
PrevNext