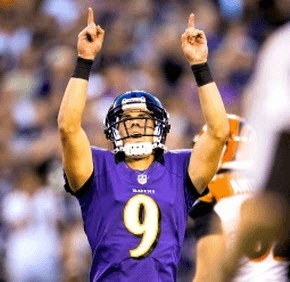 Last season, Baltimore Ravens rookie placekicker Justin Tucker made all 42 of his point-after-touchdown attempts (PATs) and 30 of his 33 field-goal tries. He kicked the game-winning field goal on three occasions, most memorably during the Ravens’ double-overtime victory against the Denver Broncos in the playoffs. This feat was followed by victories over the New England Patriots in the AFC Championship Game and the San Francisco 49ers in Super Bowl XLVII.

Tucker, who also had a solid preseason performance Aug. 8 as the Ravens faced the Tampa Bay Buccaneers in Florida, spoke with National Catholic Register correspondent Trent Beattie prior to that game about his faith and his goals for the 2013 season.