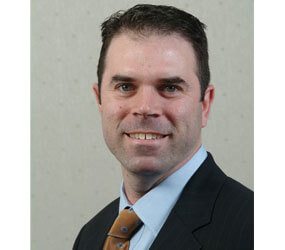 Independent living can be a pricey proposition for seniors looking to live in a community that cares for many of their needs. Proper financial planning is needed to fully enjoy all they have to offer.

Many retiree and financial planners say it is never too early to begin planning for that lifestyle that includes a community with comfortable housing, transportation, meals and a variety of other services.

“We’d like people to think about it as early as possible, but unfortunately they don’t,” said Sean O’Neill, a financial consultant at RBC Wealth Management in Annapolis. “The first thing we do is take inventory of what they have as far as assets go to see if they can afford these communities, because they are costly.”

He said planning should begin right before or right after retirement to make sure the goal of independent living is built into their retirement investment plan.

People go through three main phases of investment in their lifetime – asset accumulation, asset preservation, and finally wealth transfer upon their death, O’Neill said. Paying for an independent living community falls under asset preservation, making sure the money a person has made during their working years is enough to sustain them through retirement, he said.

“Certainly in wealth preservation we want to make sure their wealth is not going to be eroded in this investment,” he said.

For example, at Blakehurst in Towson, one of the region’s premier retirement communities, just being able to move in can be expensive. Officials with the community, which is part of the Des Moines, Iowa-based company that owns and manages 80 such communities across the country, said they are there to help potential residents as they make the transition into independent living.

“We work with them to see if they qualify financially to see if they can afford us,” said Elizabeth O’Connor, Blakehurst’s director of marketing and sales. “We want to make sure they can enjoy the lifestyle they expect.”

Residents, generally after paying a fee for placement on a 60-person waiting list, pay an entrance fee that O’Connor said is basically a loan to the community. Depending on the community, most, or all, of that fee will be returned to the resident should they decide to move or to their estate upon death.

At Blakehurst, residents are guaranteed a 90 percent return, she said.

“Most people are able to afford us from the sale of their home,” she said.

She said there are 277 apartments in Blakehurst, with 350 residents served by 250 part- and full-time employees. The average age of people moving in is 78, and the occupancy rate generally stays at about 98 percent, she said.

Residents at Blakehurst then pay a monthly fee, which averages between $3,000 and $4,000, for a variety of services including weekly housekeeping, one meal a day, home maintenance and transportation. Some communities, such as Blakehurst, offer medical care as part of the monthly fee, as well.

“We offer full-life care,” O’Connor said. “If at some time you require assisted or skilled care, that’s included in your monthly fee. Hopefully they can live just in their apartment, but if something happens, we will take care of them for the rest of their lives.”

She said they make sure residents have at least one and half times their monthly fee available before clearing them to move in.

And that’s why O’Neill said he works with his clients to put together a plan to make sure they will not run out of money during their time in an independent living community.

“My first piece of advice is to meet with a financial planner to see if you can afford it,” he said. “Next, make sure you can afford the price increases.”

He said he generally plans for a 5 to 8 percent increase.

“Costs tend to outpace inflation, as far as the rise in rates,” O’Neill said. “You certainly need to build that into your plan. Because your portfolio is invested in a way that you can afford it today, doesn’t mean your portfolio will be able to afford it when inflation is taken into consideration.”

He said one of the main goals in planning to live in a retirement community should be to not outlive your money. A large variable influencing any type of planning is a person’s age, he said. A resident can be in the community much longer than they initially anticipated, he said.

“People often miscalculate,” O’Neill said. “You need to make sure your figures are realistic. If a plan says 10 percent of growth is needed to be able to afford this, you need to realistically understand how your assets are invested to achieve that.”