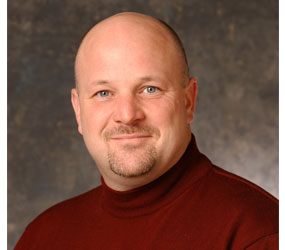 Tim Watkins wants people to know the truth about Our Lady of Guadalupe.

The St. John, Westminster, parishioner has directed a new documentary “The Blood & The Rose,” which examines the mysteries of the miraculous image of the Virgin Mary.

Watkins, 50, is tweaking the unapologetically Catholic film for a May release. Two Catholic Review staffers saw separate rough cut versions of the movie in September. Watkins traveled to La Crosse, Wis., in mid-December to screen the film at the Shrine of Our Lady of Guadalupe. He has shown the film in Chicago and Mexico as well.

He’s eyeing releasing the film in May, the month of Mary.

The documentary had financial help from Patrick Slim, son of the world’s wealthiest man, Carlos Slim. Steve McEveety, a producer on “The Passion of the Christ,” will contribute to the film’s marketing push.

The release platform for the film has not been determined yet, but Watkins said the film has attracted attention from several television networks already.

“There are a lot of ideas out there, including potential stadium events,” he said.

Watkins traveled to Mexico to find out more about the messages embedded into the image of the Virgin Mary that appeared on St. Juan Diego’s cloak in 1531. The film details the transformative power of Our Lady of Guadalupe and how the violent Aztecs were converted to Christianity. The film also focuses on the image’s relevance in the church’s efforts on behalf of the sanctity of life.

“The message that comes out of Our Lady of Guadalupe is that it is a global call for protecting life at all stages, from conception to natural death,” Watkins said.

Watkins has his first solo director’s credit on “The Blood & The Rose.” He co-directed the 2004 Ronald Reagan Cold War-era documentary, “In The Face of Evil: Reagan’s War in Word and Deed.”

Watkins is CEO Renegade Productions, which bills itself as a “360 degree communications company” and houses one of the largest soundstages north of North Carolina. Watkins is a member of Legatus, an organization of Catholic CEOs.

St. Juan Diego’s name is often translated to mean “the talking or messenger eagle.” Watkins believes Our Lady of Guadalupe beckons Catholics like himself to action in the 21st century.