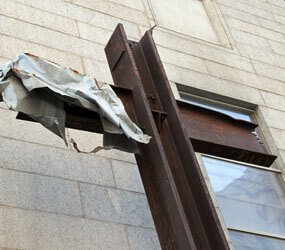 WASHINGTON – The controversy over plans to build an Islamic cultural center and mosque a couple of blocks away from ground zero in New York is but the latest manifestation of a historic cycle of distrust of immigrants – and their faith.

Public outcry erupted this summer over plans to convert a former Burlington Coat Factory store, located a little more than two blocks from the World Trade Center complex, into a nine-story Islamic cultural center, with a mosque included. The area’s Muslim community already uses the vacant retail space for worshippers who overflow from the al-Farah Mosque, about a dozen blocks north of the trade center property, according to The Associated Press.

Critics in New York and beyond have decried the project as an insult to the memory of those who died in the 9/11 attacks on the World Trade Center towers and as an attempt by radicals to “triumphally prove that they can build a mosque right next to a place where 3,000 Americans were killed,” as former House Speaker Newt Gingrich, a likely Republican candidate for president in 2012, put it.

Supporters of the project argue that the right to religious freedom means the Muslim group is entitled to build on the site and point out that the proposed building is not within sight of the trade center property, and is in fact about six blocks from the nearest of the two towers destroyed in 2001.

At its core, the mosque furor is not unlike what Catholics experienced in the United States for more than 100 years, according to Georgetown University theology professor Chester Gillis. He also is dean of Georgetown College and the founding director of the program on the Church and Interreligious Dialogue within the Berkley Center for Religion, Peace, and World Affairs. While there are a wide range of political, philosophical and even zoning arguments about the Islamic center plans, Gillis sees anti-Muslim sentiment – based in misconceptions and xenophobia – at the core of the debate.

“The neophytes in society are always on the outside,” Gillis said. “With Catholics, people feared they would have loyalty to a foreign power, the Holy See.” With Muslims, he added, people fear a possible connection to an Islamic government or to a terrorist organization.

At an impromptu news conference Aug. 18, New York Archbishop Timothy M. Dolan noted that “as Catholics, we ourselves are somewhat touchy about this issue because in the past we have been discriminated against.” He said he would be happy to participate in efforts to negotiate a compromise over the Manhattan mosque as part of “a very civil, rational, loving, respectful discussion.”

President Barack Obama has said that as a matter of religious freedom, Muslims have a right to build a mosque on the site, though he has declined to weigh in on whether it’s a good idea for this one to proceed.

Survivors of those who died in the 9/11 attacks have diverged into two groups, those who oppose the mosque project as a desecration of the area, and those who say it could become a place for “healing, reconciliation and understanding.”

The issue has inflamed some political campaigns, talk shows and Internet discussion pages.

Meanwhile, from New York to Tennessee, Wisconsin and California, communities are having similar debates about plans to build Islamic centers or mosques.

On Staten Island, the board of St. Margaret Mary Catholic Church voted in July not to sell a former convent to the Muslim American Society, which wanted to use it for a mosque. People opposed to the sale said a mosque would cause traffic and parking problems. Many also expressed fear that the society was linked to a terrorist group.

One small Protestant church in Florida has scheduled a public burning of copies of the Quran, the Islamic scriptures, for Sept. 11. The Dove World Outreach Center, which has only about 50 members, has nevertheless captured worldwide attention. Its leaders said they intend to hold the Quran burning despite being denied a burn permit by the city of Gainesville.

Gillis noted that the “No Irish Need Apply” signs common in Massachusetts early in the 19th century were rooted in fears over how American society might be changed by immigrants, but particularly by their Catholic faith and culture.

The fear of Catholics extended beyond the refusal to hire Irish immigrants.

The Catholic Encyclopedia describes mobs descending upon a cathedral in Cincinnati in 1853, on churches in New Jersey, New York, Maine and New Hampshire the following year. It tells of a Maine priest who was dragged from his church, robbed, tarred and feathered; of Ohio churches being blown up and convents burned in Massachusetts and Texas.

It took more than 100 years after the large waves of Irish and Italian immigrants from Europe arrived for Catholics in the United States to become enough of a mainstream part of society that the prejudices and hurdles they experienced began to fade, said Gillis.

“The tipping point for Catholics was post-World War II, with the GI Bill,” he said. “Catholics signed up in large numbers for the war and when they came back they went to college in larger numbers than ever in the past, because of the GI Bill.”

From that point on, Catholics were a more dominant part of business, politics and fields such as law and higher education.

It may not take 100 years for Muslims to be similarly accepted in the United States, Gillis said, but it will take time.

Until then, he suggests, “it may sound simplistic, but you really need to know Muslims as people.”