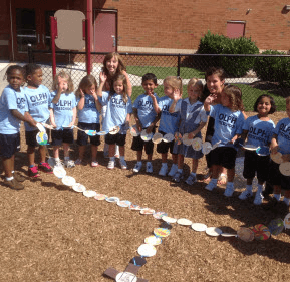 ST. MARC, Haiti – Frederick County parishioner Dinah Sisson had last been in Haiti in 1971, when she took a vacation from Cuba and teaching the children of American servicemen at Guantanamo Bay.

Teresa Fernandez, a junior at Archbishop Spalding High and still just 16, was making her second mission to this troubled Caribbean land in less than nine months.

Pilgrims of all ages and backgrounds from the Archdiocese of Baltimore and neighboring dioceses journeyed to this town north of Port-au-Prince late last month. They helped Cardinal-designate Edwin F. O’Brien and the Missions Office of the Archdiocese of Baltimore dedicate a new high school; checked in on their twin parishes and, in the case of Sisson, explored new partnerships.

At a welcoming Mass Jan. 27, the apostolic administrator of the archdiocese quickly eased into the day’s Gospel reading, Mark 4:26-34, which provides the parable of the mustard seed.

“I know I am preaching to the choir,” Cardinal-designate O’Brien said during his homily. “We plant the seed, God does the rest.”

Cardinal-designate O’Brien was among 46 friends, family and supporters of Deacon Rodrigue Mortel, director of the archdiocesan Missions Office and the Baltimore Haiti Project, who has long been advocating for the children of St. Marc, his hometown, and the Diocese of Gonaives.

In 2001, he opened The Good Samaritans School, a Catholic elementary school. Jan. 29 brought the formal dedication of the James M. Stine College, a nearby Catholic high school.

“When we started the Good Samaritans School 11 years ago,” Deacon Mortel said, “we never thought we’d end up here.”

The James M. Stine College opened last Oct. 3, with 270 students in grades 7-10. Its 20 classrooms can hold as many as 800 students, but the blueprints include drawings for 10 more classrooms and a multipurpose building for Mass and assemblies.

Its name honors a $1 million gift from a foundation based in Philadelphia, but at a total cost closer to $2.8 million, it is reliant on Mortel’s annual October fundraiser and the generosity of the archdiocese.

“Let me tell you something about Cardinal O’Brien,” Deacon Mortel said to the pilgrims, students and people of St. Marc during the dedication. “Two years ago, when the archdiocese (of Baltimore) was closing schools, he had the guts to give us the money to open this school.”

The need for education here cannot be overstated. Long before Haiti was ravaged by hurricanes and a January 2010 earthquake that had a death toll estimated at between 80,000 and 230,000, it had the highest illiteracy rate of any Western nation.

Five decades after Deacon Mortel fled a corrupt Duvalier regime to further his medical studies in Montreal, the local president of the new high school challenged local office-holders to fulfill the day’s promise.

“Again today, the people of St. Marc have something beautiful to show to the town and the world,” said Father Behn-Danais Cherenfant, of the Canadian-based Clercs of St. Viateur. “The youths of St. Marc are observing you, taking notes, looking for models of honest success.”

‘THEY LIVE SO SIMPLY’

The pilgrims included Jeannette Mollenkopf, who followed her daughters from New York to Baltimore in 2006, joined Immaculate Conception Parish in Towson and read about Mortel in the Catholic Review.

After accompanying him to St. Marc in 2008 and witnessing the need firsthand, Mollenkopf made a gift to the Stine College. A plaque outside its chapel honors her family.

During the dedication, Mollenkopf and other pilgrims sat under tents that had been erected on an asphalt basketball court and recreation area, the Archbishop Spalding High School Athletic Complex.

“They (Haitians) live so simply,” said Sarah Morsheimer, a Spalding senior and parishioner of Our Lady of the Fields in Millersville.

The Spalding contingent included Kathleen K. Mahar, the school’s president. On long van rides to and from the town of St. Marc, past the poverty and tents housing earthquake refugees, adults and teens carried on a dialogue.

“We process with them, so that they don’t get weighed down by the enormity of the task,” Mahar said. “We talked about the insignificance of the daily drama in Maryland. If we could just transport all of our students down here for one hour …”

The friends of Deacon Mortel include fellow Haiti natives and medical professionals, such as Laurent Pierre Phillippe and his wife, Josette, parishioners of St. Louis, Clarksville.

They joined the pilgrimage, along with James Taneyhill, the semi-retired dentist who has helped make St. John the Evangelist in Hydes one of the most active parishes in the Baltimore Haiti Project.

Since the earthquake, the Cathedral of Mary Our Queen in Homeland and Church of the Nativity in Timonium have joined the outreach that twins parishes in the archdiocese with counterparts in rural areas of the Diocese of Gonaives.

Holy Family Catholic Community in Middletown is exploring the outreach, which is what brought Sisson and her husband, Deacon George Sisson, to the pilgrimage. He was visiting on behalf of their pastor, Monsignor Robert J. Jaskot.

“We’re on a preliminary scouting trip,” Deacon Sisson said. “Three members of our parish will come back in March.”

That theme of service left a lasting impression on Cardinal-designate O’Brien.

During the dedication, with a Mortel Foundation board member translating, he regaled the people of St. Marc with an address that linked Christian teaching and his military background.

What was the message that the people of St. Marc heard in French?