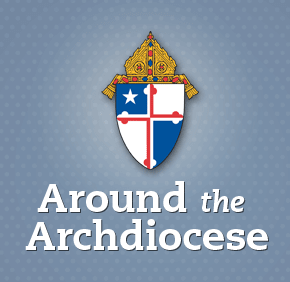 While there might not have been any “rock ‘em sock ‘em” action, the Mount St. Joseph High School robotics team showed it had real punch with a third place finish in the final round of the NASA/MIT Zero Robotics SPHERES Challenge Jan. 23.

Mount St. Joseph teamed with Lexington Christian Academy in Massachusetts and Falmouth High School in Maine for 30 points in the competition. The winner had 33.

“It’s a great opportunity for the students to apply engineering, math, physics and computer science concepts in a really cool tournament,” said George Kapusinski, Computer Science teacher and mentor to the Mount St. Joseph team. “Here at Mount St. Joseph, we believe in academic excellence and these results demonstrate that we can compete with the top schools in the country.”

The goal of the contest to build critical engineering skills such as problem solving, team work, design thought process and operations training in students. This particular challenge began in September.

The team was the second biggest upward mover in the tournament during the early rounds. The 18 American Alliances competed both against each other and against nine Alliances from Europe, vying for nine spots on the International Space Station.

This Alliance ranked fifth among American teams and seventh when counting the Europeans after the semi-final round.

The finals were broadcast  live on NASA TV.