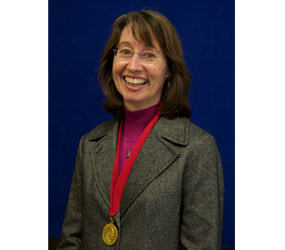 Faced with a General Assembly and a string of governors who have mostly opposed pro-life legislation in the last decade, Nancy Paltell doesn’t have the easiest job in Annapolis. That doesn’t stop the pro-life lobbyist from being one of the leading voices in support of measures that champion respect for life from conception until natural death.

Paltell is a familiar and respected presence in the State House – often testifying in front of lawmakers on behalf of the state’s Catholic bishops, whom she serves as associate director for respect for life with the Maryland Catholic Conference. Holding a doctorate in analytical chemistry, Paltell wields scientific facts the way Brooks Robinson played third base and has been known to break down complex questions on stem cell research into understandable language.

Thanks in large measure to Paltell’s drive and tenacity, the Department of Health and Mental Hygiene agreed this year to begin the process of writing new health and safety regulations for abortion clinics – governing them under the same standards that apply to other ambulatory care facilities and out-patient surgical clinics.

Archbishop Edwin F. O’Brien honored Paltell for her efforts by presenting her with the archdiocesan Culture of Life Medal of Honor. He draped the medal around her neck at the end of the Oct. 23 Respect Life Mass at the Cathedral of Mary Our Queen in Homeland.

Paltell told the Catholic Review that her work is “just the tip of the iceberg” when compared to the pro-life efforts undertaken in parishes and schools across the state. She credited recent successes in Annapolis to the 40 Days for Life prayer campaign.

“I’m so pleased to see that pro-life is growing and growing and growing,” she said. “It might take more than my lifetime and more than your lifetime, but the pro-life movement is not going to be stopped, and, 100 years from now, they will say: ‘What were they thinking? How could anyone think it was a good idea for a mother to kill her baby?'”

Paltell said she has seen how abortion hurts women. She is passionate about challenging pro-choice advocates to give women “true choices.”

Seven Catholic high schools and Loyola University Maryland in Baltimore participated in the Respect Life Mass by carrying banners representing their schools. In his homily, Archbishop O’Brien noted that he received a letter from a pastor who was inspired to preach on life after reading one of the archbishop’s columns in The Catholic Review. The column cited statistics that showed Marylanders paid $3.4 million in state Medicaid dollars to abort more than 4,800 babies in 2009. The priest said he believed his message lit a fire among those who heard it and himself, Archbishop O’Brien recalled.

“May God’s life-giving spirit touch and inspire and inflame many more hearts, now dormant in the cause of life, to a New Evangelization for the love of all the weakest and most marginalized in our midst,” Archbishop O’Brien said.

“She never gives up,” Russell said. “Nancy really knows that the reason we do what we do is not to be victorious. It’s because we are upholding the truth and upholding the good. Win, lose, or draw, I’m sure she sleeps well at night with peace in her heart knowing that she’s doing this work for God and the cause of life.”