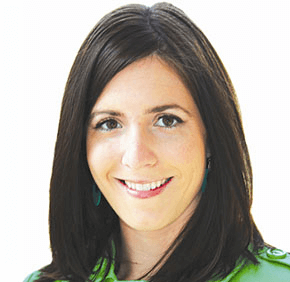 Brian Williams took time from his nightly newscast earlier this month to announce that comedian Russell Brand had filed for divorce from singer Katy Perry, ending a marriage that had barely cleared the one-year mark.
The news was part of a ping-pong pop-culture recap that ended with Williams describing the latest YouTube sensation: a golden retriever bobbing its head to the strumming of guitar.
Broadcasters tout iPads to remind us that they’re hip, sliding graphics with their index fingers. Reality TV’s before-and-after formats serve up immediate gratification, creating a which-house-will-they-choose, which-dress-will-she-say-yes-to suspense that is quickly satisfied. And then there’s the Spike TV formula: a skateboarder crash every five seconds.
The other week CNN featured three panelists, each face in its own box. Whoever was speaking jumped to the top center, yielding a rotating triangle that made me dizzy.
That’s how I felt when I stumbled upon CNBC’s “Mad Money,” where host Jim Cramer appeared sandwiched in rows of stats and stocks, all regularly changing while he walked around his studio packed with flashing screens.
Do TV producers really think we need that much stimulation? No one expects us to be naturally interested; no one believes content can carry its own weight. There must be juggling and tap dancing, a constant flicking of the magician’s wand and fluttering of fake eyelashes. News as a three-ring circus.
It is an assault on our attention spans, and I consider it a spiritual offense. How are we to know it is well with my soul when we cannot achieve the silence needed to assess its state? How can we heed the Psalm’s command to “Be still and know that I am God”?
One of the great surprises of my 20s has been the discovery of my inner introvert – this, following a college professor’s pronouncement that I am a “raging extrovert.”
I take pride in this new dimension and actively cultivate it: outdoor photography, ambling New Yorker essays. I delight in simple pleasures like a card I can write, stamp and seal and the magic of that next-day delay, the secret knowledge it’ll be in another mailbox tomorrow, waiting quietly – so unlike a text that announces itself loudly at the hip or in the hand demanding attention.
“How good it is to write!” a Catholic dad emailed me tonight, having chronicled his conversion for the first time, prodded by an assignment in his MBA class.
I know how he feels.
Though I’m still working on strengthening my prayer life, I’m practicing stillness and noticing more of God’s goodness. The impact is profound: My heart has never been more grateful.
I was pleased to see Pico Iyer’s essay “The Joy of Quiet” published in the Jan. 1 New York Times become one of the website’s most emailed articles. He wrote about a growing demand for hotel rooms without TVs or Internet and then recounted his regular visits to a Benedictine hermitage, where he retreats to “take walks and read and lose myself in the stillness.”
In the February issue of O: The Oprah Magazine, Ms. Winfrey dedicates her back-page column to her experience practicing transcendental meditation in Fairfield, Iowa. “Housewives, shop clerks, engineers, waitresses, lawyers, moms, single ladies and me – we all gathered in our dome for the sole purpose of being still,” she wrote. “It was a powerfully energizing yet calming experience. I didn’t want it to end.”
I challenge you to seize this leap year by attempting the opposite: total stillness. Spend at least a few minutes of that 29th day in silence. You may be surprised where it takes you.

Christina Capecchi is a freelance writer from Inver Grove Heights, Minn. She can be reached at www.ReadChristina.com.