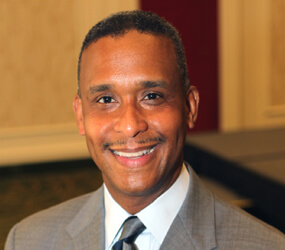 Riley spoke at a plenary session during the June 2-4 Catholic Media Convention in New Orleans.

He explained some of the changes under the law are only beginning to take place, with the majority of changes coming in 2014.

One change that will be seen Sept. 23 of this year will be the end of restrictions on certain insurance practices, he said.

Lifetime limits no longer will be an issue, he said, and patients no longer will have to worry about coverage if they are diagnosed with cancer or other diseases that require costly procedures.

Riley said other changes include providing coverage for patients with pre-existing conditions, extending coverage for dependent children through the age of 25 and including more procedures under the description of preventative care.

He also admitted one major problem that has contributed to the high price of health care is that physicians do not realize how much procedures and tests cost patients.

Riley said some physicians, erring on the side of caution, prescribe extra unnecessary tests and procedures without being aware of how much they cost. These physicians must learn and become more familiar with the prices of what they prescribe, Riley said.

Other key proposals to lower costs are simplified insurance forms and electronic medical records for patients, he said.

He also touched on the lack of primary care physicians, as every year more medical students enter specialty fields where they earn higher salaries because the primary care field is less lucrative.

Riley said the problem of having fewer primary care doctors will become increasingly evident in the years ahead as all the changes outlined in the new health reform law take effect.

There will be more people with insurance and fewer physicians to care for them, he added.