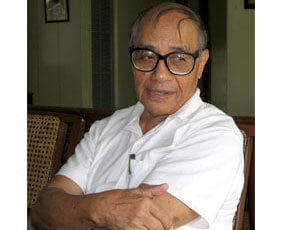 QUEZON CITY, Philippines – Bishop Francisco Claver, a vocal defender of civil rights in the martial law era of the 1980s, died July 1 in Manila from a blood clot in the lung. He was 81.

Bishop Claver drafted the 1986 statement by the Philippine bishops that is believed to have triggered the People Power Revolution that eventually unseated President Ferdinand Marcos and paved the way for Corazon Aquino’s installation as the nation’s leader.

The Catholic Bishops’ Conference of the Philippines described Bishop Claver as “one of the strongest defenders of civil rights among the bishops at the height of strongman Ferdinand E. Marcos’ martial law,” reported the Asian church news agency UCA News.

Archbishop Orlando B. Quevedo of Cotabato, secretary general of the Federation of Asian Bishops’ Conferences, eulogized Bishop Claver in a text message.

“Filipino prophet without peer, truest priest, innovative humble shepherd, a very dear friend. He is with Jesus whom he proclaimed with eloquent words, spoken and written, in all arenas of human life.

“Who can take his place? My tears flow,” he wrote.

The widely respected bishop held a doctorate in anthropology from the University of Colorado and was extremely active in the social affairs work of his religious order, the Society of Jesus. He wrote extensively and his work appeared in a variety of publications and news websites.

At the age of 32, on June 18, 1961, he became the first priest ordained from the indigenous Bontoc tribe of northern Philippines. He was ordained a Jesuit in Woodstock, Md., where the order had a seminary at the time.

At 40 he became the first bishop of the Diocese of Malaybalay in the southern Philippines. He began a talking with people across the region that helped him understand their deep desire for peaceful change.

The bishop dedicated many years to developing a model of a local church that involved as many people as possible, but his efforts toward inculturation and joint responsibility caused discomfort among some church leaders.

“There is no other way for us Asians to evangelize our continent and its people, to do pastoral work among them, than through our becoming a truly and determinedly active local church,” Bishop Claver wrote in his last book, “The Making of a Local Church,” in 2008.