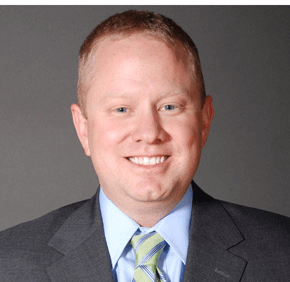 Most men who fret their Major League Baseball debut worry about making an error in front of thousands of people.

For Ryan Eigenbrode, 32, it’s making the judgment about whether an error actually happened.

Eigenbrode, who is Loyola University Maryland’s director of athletic communications, made his debut as an official scorer for the Baltimore Orioles April 24 at Oriole Park at Camden Yards.

The stadium’s usual official scorer, Jim Henneman, has been out for the week and Eigenbrode has stepped in his place during the Toronto Blue Jays series.

Major League Baseball hires scorers and the position entails keeping the official record of a game and sending it back to league offices.

Eigenbrode has been doing the Major League Baseball advanced media game cast for six years at Camden Yards. During that time, Eigenbrode got to know members of the Orioles media relations staff, who recommended him as a scorer.

During his debut game, Eigenbrode had to immediately focus after being relaxed all day.

“I don’t think it was until the first ball was hit real sharply during the first inning,” Eigenbrode said. “It was hit at a guy and I thought, ‘Alright, if this goes poorly, I’m going to have to think about it.’ You try to prepare, you know what the rules are and know what your job is.”

Eigenbrode is no stranger to official scoring. He does it throughout the year at Loyola, including for basketball and lacrosse. During his 20s, Eigenbrode did scoring for Arizona Diamondbacks Triple-A club, the Arizona Sidewinders, where he was also assistant general manager. The Arizona native moved to the Baltimore area six years ago and became Notre Dame of Maryland University’s associate athletic director and sports information director.

He joined the Loyola staff in 2007. The Greyhounds have given Eigenbrode plenty to promote this year, as the men’s basketball team made the NCAA tournament and the men’s lacrosse team is currently No. 1 in the nation.

Suddenly, he’s balancing a busy day job and a dream gig at night.

“I love baseball,” Eigenbrode said. “I was a baseball player. I’m getting paid to watch baseball so it’s not a bad thing. It gives me something to do during the summer when it’s slow around (Loyola). They’re not slow right now.”

Loyola’s lacrosse success has been surprising. The team entered the 2012 season unranked, but is now undefeated and the top-ranked program in the country. The Greyhounds will face perennial power Johns Hopkins April 28 at Loyola.

“All of the attention turned to Loyola,” Eigenbrode said. “Being able to represent the teams and the athletic department is a pleasure. It’s my job, but I enjoy working in that environment and working with students athletes and coaches.”

In addition to professional success, Eigenbrode is happy personally.

Eigenbrode is Presbyterian, but his wife, Jill, is Catholic and they attend Church of the Nativity in Timonium with their 15-month-old son, Michael. He said non-Catholics find a comfortable worship experience at Nativity alongside Catholics thanks to its warm environment.

“It’s a terrific parish that reminds me a lot of my home church in Tucson,” Eigenbrode said. “It’s very much a place that we like.”

Professionally, Eigenbrode is open to more scoring with the Orioles.

“I’ll definitely stick with it as long as I have the opportunity,” Eigenbrode said. “I don’t have to commit to a full season and I get to keep my toe in the water and be around the game.”