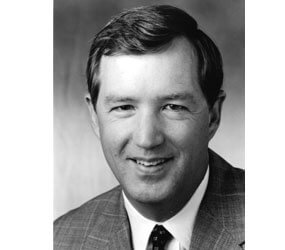 Loyola University Maryland has received a gift of $5.2 million from Ed Hanway, a member of the university’s Class of 1974 and current chair of its Board of Trustees, and his wife, Ellen.

According to a news release, it is the largest outright gift from an individual in Loyola’s history and will support a number of key university initiatives, including its global studies program, York Road Initiative and living-learning communities for first-year students, as well as create a new, endowed, full-tuition scholarship.

“This is an ambitious goal,” he said in the release, “and the initiatives we’re pursuing to achieve it are equally bold and demand a great deal of our university, our personnel, and our resources. I am deeply grateful to Ed and Ellen for their extraordinary gift, which will play an essential role in our ability to realize our vision for Loyola.”

The Hanways’ gift stems from their history with the school and their belief in its potential for future success.

“Loyola is at an interesting point in its history, with a solid strategy in place that really cuts to the core of what the university is about – programs and education, not buildings,” said Ed Hanway, a Pennsylvania resident who retired as chief executive officer of CIGNA in 2009.

“It requires significant resources to make these strategies realities,” Hanway said. “I believe it’s important to invest in Loyola, its leadership, and their goals. As a Loyola graduate, with a son and several other family members who are also Loyola graduates, I realize we learned a tremendous amount at Loyola not just in terms of our professional abilities and the skills we need to compete, but also about the responsibility we have to others, beyond ourselves.

“Someone’s decision to make a gift to any institution is a very personal one, but I hope our gift motivates others who share our belief in Loyola.”

According to the release, the university’s global studies program, an interdisciplinary major combining economics, political science, history, and sociology, is the largest beneficiary of the Hanways’ gift. Their support will allow for the creation of an endowed faculty chair and endowed speakers’ series, as well as provide additional resources for faculty scholarship.

The gift also provides additional funding for Loyola’s planned living-learning program, set to launch in fall 2013. While many colleges and universities, including Loyola, offer living-learning experiences in which students take one or more courses with immediate neighbors in their residence halls, Loyola’s will be unusual in extending the experience to all first-year students, and in the depth and breadth of extra- and co-curricular programs it includes.

Additional resources would also be made available for Loyola’s York Road Initiative, a university-wide effort to improve the quality of life for those living, working and learning in the neighborhoods just east of Loyola’s Evergreen campus in North Baltimore, as well as for the creation of an endowed, full-tuition scholarship.