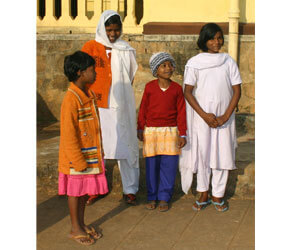 THRISSUR, India – A leader of anti-Christian violence that rocked the jungle district of Kandhamal in 2008 was convicted of murder by a court in eastern Orissa state.

Manoj Pradhan, a member of the Hindu nationalist Bharatiya Janata Party in the Orissa legislature, was found guilty of killing Christian Porikit Digal June 29. He was given a seven-year prison sentence.

Pradhan was accused of orchestrating the violence and had faced charges of murder, rioting, rioting with a deadly weapon, unlawful assembly, causing disappearance of evidence, wrongfully restraining another person, wrongful confinement and mischief by fire or an explosive substance with intent to destroy property.

“This is a long-awaited judgment, and we hope this would strengthen people’s faith in the judiciary,” Archbishop Raphael Cheenath of Cuttack-Bhubaneswar told Catholic News Service after the verdict was announced.

“This is a warning to the fundamentalists, and it will help boost the confidence of our people,” the archbishop added.

Although Pradhan originally was charged in connection with seven murders, he was acquitted in six of the cases after witnesses changed their testimony following Hindu threats, Archbishop Cheenath said.

Church lawyers who assisted the witnesses in Pradhan’s most recent trial credited the testimony of Digal’s 6-year-old daughter, Lipsarani, who told the court how her father was brutally murdered as she and her mother watched.

Despite the charges, Pradhan was elected to the state legislature in April 2009 after running his campaign from a jail cell. He was freed on bail in December and has since attended legislative sessions.

The orchestrated violence targeting Christians followed the murder of Hindu leader Swami Lakshmanananda Saraswati, who was shot dead in August 2008 at his center in Kandhamal, where he had been leading a campaign against conversions to Christianity.

Though Maoist rebels owned up the murder, Hindu fundamentalists contended the slaying was a Christian conspiracy and targeted violent actions against Christians.