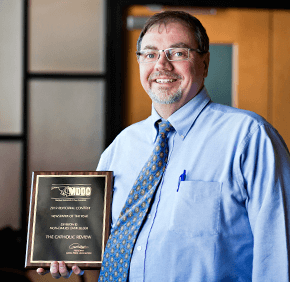 Category: Newspaper of the Year, non-dailies over 20,000 circulation

Place: First and Best in Show

For: Inspired to Lead

For: Our Cardinal O’Brien