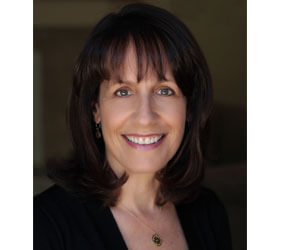 “I believe my prognosis is excellent,” she told Catholic News Service in an Oct. 11 telephone interview from her home in Encino, Calif. “I say this because my doctor and I were interviewed together last week. I asked for a second opinion! The doctor said my cancer is somewhere in a lab at Cedars-Sinai (Medical Center).”

During the Columbus Day weekend, when National Breast Cancer Awareness Month was brought to the fore in a multitude of ways – including walks, pink-tinted Sunday comic strips, and even pink shoes worn by players during the Oct. 10 NFL games – Durlester’s activities were more muted. “A little hiking, dinner a couple of nights,” she said.

One reason behind the muted celebration was that her 22-year-old daughter learned she inherited the gene that likely brought about Durlester’s own breast cancer – and that probably killed Durlester’s mother and aunts well before there were tests for such things.

“I had hoped and prayed that it would end with me,” said Durlester, a Catholic whose faith was restored in the midst of her struggle to beat cancer.

In her book “Beyond the Pink Moon: A Memoir of Legacy, Loss and Survival,” Durlester recounts that after she married her Jewish husband, she raised their children as Jews and that she herself attended the synagogue weekly.

“He never wanted me to convert,” Durlester said of her husband. “I was the one that needed ritual.”

How did her Catholic reawakening take place? “People continually ask me about it. I wish I could explain it better,” she replied.

“I hadn’t been in a Catholic church for decades. I think the last time I was in a Catholic church was at my dad’s funeral, which was in May of 1991. But May is the month of the Blessed Mother and we all prayed to her growing up. … I felt like I had been forsaking her.”

After receiving some hopeful news about her cancer, “my first inclination was to go church. You’d think I’d go to temple,” Durlester said.

She stopped at the Church of the Good Shepherd in Santa Monica, Calif. “I felt very nervous walking into the church. I’d never been in a church when I’m all by myself,” she said, recalling the times she’d go to Mass, or enter a church as a child with her Catholic school classmates.

“I was back where I belonged, where I meant to be,” she added.

Today, even though she goes to Sunday Mass at her neighborhood parish, St. Cyril of Jerusalem in Encino, “I always come back to that place,” Durlester said of Good Shepherd.

Sunday now has become “my favorite time of the week. When I go to Mass and when I sit here and do my own reflections, I feel whole. I feel blessed. I feel at peace. I really feel like I’ve been in God’s presence.”

On top of that, she noted, “I went to confession for the first time in 30 years, and that was a very powerful experience.” Not that she was treating it like a secret, but the experience was so profound, Durlester said, “I can’t tell you what happened there.”