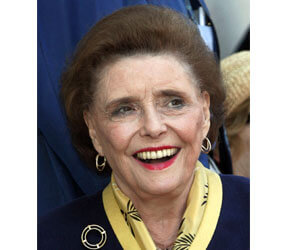 EDGARTOWN, Mass.–- Actress Patricia Neal, who won an Oscar for best actress for her starring role as a housekeeper opposite Paul Newman in the 1963 film “Hud,” died Aug. 8 of lung cancer. She was 84.

Neal, who became a Catholic some years ago, died at her home in Edgartown on Martha’s Vineyard surrounded by family, according to The Associated Press. A private funeral service was held Aug. 11, and a memorial service is planned for the fall.

AP quoted her family as saying in a statement: “She faced her final illness as she had all of the many trials she endured: with indomitable grace, good humor and a great deal of her self-described stubbornness.”

Neal starred in 68 films and television productions. Besides “Hud,” other movies in which she starred included “Breakfast at Tiffany’s” (1961) with Audrey Hepburn and George Peppard, and the science-fiction classic “The Day the Earth Stood Still” (1951) with Michael Rennie.

The adversities in Neal’s life became the stuff of Hollywood lore and made her a symbol of courage. In the 1960s, she endured the death of her 7-year-old daughter, Olivia, from measles and an accident that left her infant son, Theo, with a brain injury.

She suffered a series of strokes in 1965 that affected her speech and her ability to move; one stroke left her in a coma for a month. Her 30-year marriage to British writer Roald Dahl, with whom she had five children, ended in divorce in 1983 after Dahl’s affair with one of Neal’s friends.

Neal battled to recover from her strokes. In 1968, she returned to the big screen in “The Subject Was Roses,” for which she earned an Oscar nomination for best actress.

But she often said one of the biggest tragedies for her was the abortion she had as a young actress in Hollywood in 1950 after she became pregnant by actor Gary Cooper, who was married. He was her co-star in “The Fountainhead” (1949).

“She was public about this regret and public in encouraging others to avoid this tragedy,” said Holy Cross Father Wilfred Raymond, national director of Family Theater Productions in Hollywood. He called her “a person of great integrity.”

“The courage she exhibited in fighting back from three strokes is the same courage she showed in overcoming the great tragedy of her life,” the priest said in an Aug. 11 statement. “I stand in admiration of her talent as an actress but in awe of her courage as a fighter. God bless you, Patricia Neal, good servant.”

In recent years, Neal had been active in pro-life causes. In 2003, she and actress Celeste Holm were honorary co-chairwomen of the National Right to Life Committee’s Proudly Pro-Life Dinner in New York.

Neal was unable to attend the dinner, and Monsignor Jim Lisante, master of ceremonies, read a letter from the actress saying she was proud to be associated with it.

The priest, from the Diocese of Rockville Centre, N.Y., shared with the dinner attendees Neal’s appearance some years ago on the TV show “Personally Speaking.” He said he told her: “Pat, in so many ways you are a female Job,” referring to all she had dealt with in her life. He asked what, if anything, she would change.

“Father, none of the things you just mentioned,” she told him.

“Alone in the night for over 40 years, I have cried for my child,” Neal said.

Born in Kentucky, Neal grew up in Knoxville, Tenn. She studied drama at Northwestern University in Chicago and got her start in acting on Broadway, where she won a Tony. She went to Hollywood in the 1940s.

She was among the actors and actresses who had roles in Holy Cross Father Patrick Peyton’s Family Theater radio programs that aired weekly on the Mutual Broadcasting System from 1947 to 1969. It was one of the longest running weekly radio shows in history; the programs have been remastered and are still available to radio stations.

In 1949, Neal hosted the radio program “My Terminal Moraine,” a humorous story of a young man who woos his neighbor’s daughter. In 1950, she hosted “The Triumphant Exile” about the life of Robert Louis Stevenson.

She also was a narrator in “The Face: Jesus in Art,” a 2001 documentary series that traced the dramatically different ways Jesus has been represented in art throughout 17 centuries. It aired on public television and received major funding from the U.S. bishops’ Catholic Communication Campaign.

Besides her son, Neal is survived by three daughters, Tessa, Ophelia and Lucy; a sister and a brother and 10 grandchildren.