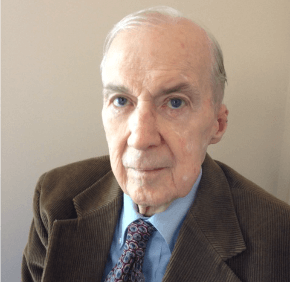 By Catholic Review Staff
A funeral Mass for Xaverian Brother Peter Donohue will be offered July 29 at 11 a.m. at St. John’s Preparatory School in Danvers, Mass. Brother Peter died July 26. He was 89.
Born in Brooklyn, N.Y., Brother Peter entered the Congregation of the Brothers of St. Francis Xavier in 1944, making him a member of the order for 72 years.
He served primarily in education and prison ministry, including as principal of Mount St. Joseph High School in Baltimore during the 1972-73 school year, and then as educational supervisor for the Maryland House of Correction in Jessup until 1985.
Brother Peter also ministered in Kentucky, South Carolina, New York and Massachusetts.
In 1988, he accepted a position with the Archdiocese of Los Angeles Prison Ministry, and in the following years served as director of the archdiocesan Department of Detention Ministries.
He was a past president of the American Correctional Chaplains Association.
Retiring from prison ministry in 1996, Brother Peter volunteered for the next 13 years at Catholic Charities and Xaverian High School, both in Brooklyn, N.Y.
Brother Peter had been a resident of Xaverian House in Danvers since 2009.