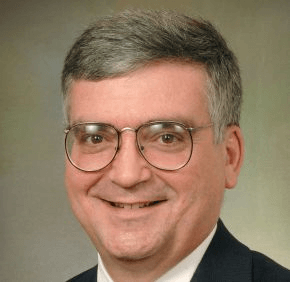 The problem is the child.

When you cut through the tortured logic Planned Parenthood president Cecile Richards employs to defend the primacy of privacy over the natural law, what you are left with, unfortunately for the nation’s abortion Goliath, is the child.

Or, more accurately, 57.5 million children and counting who have died through legal abortion in the U.S. since 1973.

The stain of a sin this big and this unchecked by society for more than 40 years cannot be fully grasped, much less examined.

We cannot view directly the revolting truth of abortion because that truth would blind us and maybe even turn our Lamborghinis into pillars of salt.

Do not look back. This is a settled issue.

In our patriotic fervor to sing “God Bless America” as though it were something more than a children’s nursery rhyme, we must avert our eyes to the collateral damage of “choice” and continue living our unexamined lives – from sea to shining sea.

But then, in a country hypnotized by YouTube cat videos, something utterly amazing happened in the past two weeks.

Two undercover videos, the product of careful planning by people who have examined their own lives and felt compelled to expose the hidden reality of death before birth, shook the YouTube cyber-community.

The bottom line for me is this: When baby parts are more valuable than the babies who provide them, my God, we have lost our way.

Perhaps most disturbing was the sheer nonchalance of it all. In their unguarded conversations, Planned Parenthood medical professionals admitted there are ways, by modifying surgical procedures, to harvest more intact human tissue per specimen. They also acknowledged there is a Wild Wild West market in baby parts – the Walmart or the Tiffany’s price for organs is totally negotiable, depending on the automotive preferences of the abortionist.

In between sips of wine and bites of salad, Dr. Deborah Nucatola, head of Planned Parenthood’s Medical Services department, told the undercover operatives from the Center for Medical Progress about how presentation is everything: Human hearts, lungs and livers are harvested so much more easily if the baby is delivered feet first, which sometimes takes a little nudging here and there.

But what’s a breech delivery among friends?

“I’d say a lot of people want liver,” said Nucatola, munching on her salad. “And for that reason, most providers will do this case under ultrasound guidance, so they’ll know where they’re putting their forceps. The kind of rate-limiting step of the procedure is calvarium. Calvarium – the head – is basically the biggest part.

“We’ve been very good at getting heart, lung, liver, because we know that, so I’m not gonna crush that part, I’m gonna basically crush below, I’m gonna crush above, and I’m gonna see if I can get it all intact.”

With soft background jazz playing in the second video, Dr. Mary Gatter, who until 2014 was president of the Planned Parenthood Medical Directors’ Council, orders a beet salad for lunch at a California bistro – “can you throw some chicken on that?” – before matter-of-factly telling the undercover operatives that the price for baby parts is negotiable.

“I want a Lamborghini,” she joked at the end of lunch.

Gatter decried the frenetic pace inside her California abortion clinic that sometimes prevents the staff from having enough time to get women to sign the required tissue-donation forms.

“The busier you are, the less likely the staff is going to take the time to say, ‘By the way, here’s two more forms for you to sign,’“ Gatter said. “Sometimes, poor Heather (a clinic staffer) would be there (and say), ‘Oh, I really need liver today.’ There would be a 17-week (gestation) patient who would be perfect (as a body parts donor), but she wasn’t approached (to sign the consent forms).”

Another “complication” is that Gatter’s clinic is doing “only” 800 surgical abortions a year, which she knows could make her clinic less attractive to tissue-hungry researchers, frustrating her Lamborghini lust.

“The problem is we’re only doing 60 second-tris (second-trimester abortions) a year – that’s one a week,” Gatter said.

Maybe Gatter needs to hire a marketing director to pump up business.

This column appeared in the July 22 issue of the Clarion Herald, newspaper of the Archdiocese of New Orleans. It was written by Peter Finney Jr., executive editor and general manager.