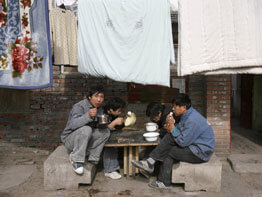 UNITED NATIONS – A Vatican official said he hoped the 2008 Olympic
Games in China would help promote international peace and respect for human rights.

Archbishop Celestino Migliore, addressing the U.N. General Assembly Oct. 31, said the Vatican views the Olympics as an important moment of dialogue that can help countries bridge political and other differences.

“Dialogue and encounter through sport hold great potential in the area of peacebuilding and conflict prevention,” said Archbishop Migliore, the Vatican’s permanent observer to the United Nations.

“While the rule of law and justice remain the foundation of durable peace, sport provides the tool for warring factions to come together for a common purpose,” he said.

While these moments of unity may be brief and fleeting, they are an important reminder that in human experience “there are many more things that bind us together than those that tear us apart,” he said.

The archbishop noted that Beijing will host the 2008 games, and that the world is already preparing for the event. He said one lesson of the Olympics is that the important thing in life is not the triumph, but the struggle.

“May the 2008 Olympic Games contribute to the common struggle to make the world a better place for one and all, through the promotion of the inseparable and mutually reinforcing values of peace, development and full respect for basic human rights,” he said.

Archbishop Migliore noted that sport activities in general hold an increasing fascination for modern societies, as seen in the huge number of people who follow particular sports and events.

But he said modern sport has seen an increasing number of cases of abuse, which can lead to a sports culture “devoid of human values.”

He said the Vatican established its church and sport desk to promote a human-centered approach to sports and to help “reclaim the ideal of sport as a real school of humanity, camaraderie, solidarity and excellence.”

In this way, he said, sports figures can continue to be models for youth.