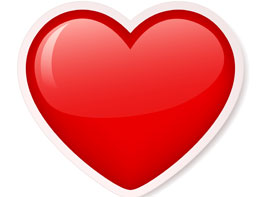 True, some so-called “holidays” on the modern-day calendar are Hallmark induced, fed by commercialism without historical significance to support their meaning. This is not so with Valentine’s Day, a centuries-old tradition dating back to the Middle Ages, its romanticism enhanced by one English poet’s observance of God’s flighty creatures.

Geoffrey Chaucer wrote of birds beginning to pair halfway through the second month of the year:

“For this was sent on Seynt Valentyne’s day,

Whan every foul cometh ther to choose his mate.”

This led to the day’s association as a time for lovers to express their feelings for one another.

Yet the mid-February day of red cupids, dark chocolate and cut flowers can hold meaning for those without a love in their lives and for those who live a religious vocation, said Monsignor Stuart W. Swetland, vice president for Catholic identity and mission at Mount St. Mary’s Seminary, Emmitsburg. The priest is often asked to speak on saints, and he is interested in studying them.

“What I like is how much it is really rooted in religiosity,” he said of Valentine’s Day, named after one or more early Christian martyrs. What he doesn’t like is that people fail to refer to the day as St. Valentine’s Day. “It lost its connection.”

What we communicate on that day, he said, “is our desire for unity, which has parallel themes for what the secular world is doing to celebrate Valentine’s Day.”

When Monsignor Swetland was a chaplain in Illinois, the priest remembered his students referring to the day as “Single Awareness Day” because they were acutely aware of their single status.