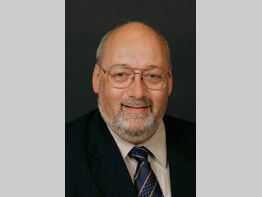 NATICK, Mass. – Richard P. Doerflinger, associate director of the U.S. bishops’ Office of Pro-Life Activities in Washington, was named one of six winners of the inaugural Life Prizes awarded by the Gerard Health Foundation in Natick.

The awards recognize “individuals or groups that have made unsurpassed strides in preserving and upholding the sanctity of human life,” according to an announcement on the prizes.

Mr. Doerflinger, who is a bioethics expert, said he was grateful for the award and “humbled to be considered among the pro-life champions in the movement.”

“We need more intelligent young people to enter the fray at the intersection of legislation, medicine and technology to protect human life at every stage, and I am confident that Life Prizes will be a major factor in inspiring future work,” he said in a statement.

The other winners are:

– The American Association of Pro-Life Obstetricians and Gynecologists.

– Jill Stanek, the nurse who first drew attention to the late second-trimester abortions being performed at a Chicago-area facility, Christ Hospital. She uses her blog to report about late-term abortion.

– Lila Rose, a student journalist who is founder of a student pro-life organization called Live Action. She is president of its chapter at the University of California-Los Angeles.

– Kay Coles James, a leading pro-life advocate for the last 30 years and founder and president of the Gloucester Institute, an outreach and education initiative for young African-Americans.

The awards are scheduled to be presented at a ceremony in Washington Jan. 23. The winners will shared $600,000 in prize money.

“The accomplishments of these pro-life heroes are diverse, valiant and nothing short of inspiring,” said Raymond Ruddy, president of the Gerard Health Foundation.

“They are the movement’s most successful champions of life and their achievements will inspire future pro-life generations to be bold and brilliant in undertaking the many challenges that lie ahead in spreading a culture of life,” he added.