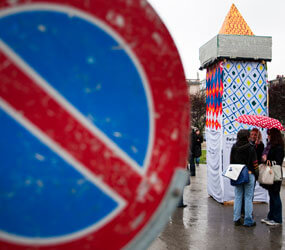 VATICAN CITY — The bishops of Switzerland said the country’s ban on the construction of minarets, the Muslim prayer towers, represents an obstacle to interreligious harmony.

The ban aggravates interfaith tensions and could have negative repercussions on Christian minorities in Muslim countries, the bishops said in a statement Nov. 29.

The prohibition was adopted by Swiss voters in a referendum that passed with a 58 percent majority. There are about 150 mosques in Switzerland serving some 400,000 Muslims; only four have minarets and, unlike in Islamic countries, they are not used to call Muslims to prayer.

The bishops said the referendum campaign, promoted by right-wing parties, had used exaggeration and caricature, and demonstrated that “religious peace does not operate by itself and always needs to be defended.”

“The decision of the people represents an obstacle and a great challenge on the path of integration in dialogue and mutual respect,” the bishops said. Banning the building of minarets “increases the problems of coexistence between religions and cultures,” they said.

The bishops said the measure “will not help the Christians oppressed and persecuted in Islamic countries, but will weaken the credibility of their commitment in these countries.”

Swiss authorities said after the vote that the four existing minarets would be allowed to stand, and that there was no ban on the construction of new mosques.