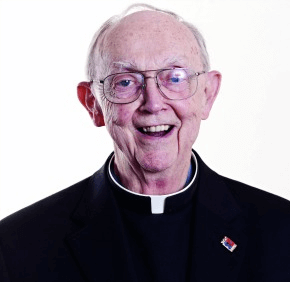 Special to the Review
Immaculate Heart of Mary Sister Ellen Smith, who taught and served as an administrator at Mother Seton Academy in Baltimore, died Aug. 11 at Our Lady of Peace Residence in Scranton, Pa. She was 81.
Formerly known as Sister Marie Ellen, she was born in Philadelphia and made her final profession of vows in 1962. She taught and served as a school administrator, for five years in Peru; at eight Catholic schools in Pennsylvania, in her hometown and East Stroudsburg, Newtown Square and Reading, and in New York.
She served as co-principal of Mother Seton Academy, a tuition-free middle school then in Fells Point, from 1993 to 1996; taught there from 1996 to 1998; and returned in the capacity of assistant principal from 2003 to 2007.
She concluded her public ministry in 2009, as an instructor of English as a Second Language at Nativity of Our Lord Parish in Scranton, Pa. A, in 2009. Until her death, she served as a prayer minister at Our Lady of Peace Residence in Scranton.
Sister Ellen he had earned a bachelor’s degree in Spanish/history from Immaculata University and a master’s in Education from Temple University.
A funeral Mass will be offered Aug. 16, at 11 a.m., at Our Lady of Peace Residence in Scranton.