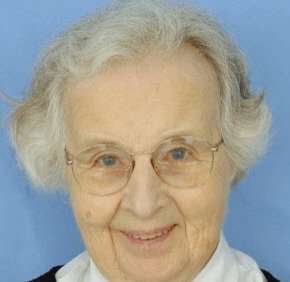 By Catholic Review Staff
A funeral Mass for School Sister of Notre Dame Dolores Baumgartner will be offered March 6 at the chapel at Villa Assumpta in Baltimore. Burial will follow at Villa Maria Cemetery in Glen Arm. Sister Dolores died Feb. 27. She was 93.
A native of Philadelphia, Sister Dolores was a professed member of her religious order for 74 years.
A graduate of the Institute of Notre Dame in Baltimore, Sister Dolores taught at St. James School in Baltimore from 1939 to 1940 and in New Jersey from 1940 to 1955. She served as principal and a teacher at Blessed Sacrament School in Baltimore from 1955 to 1961.
From 1961 to 1968 she served as director of initial formation for the School Sisters of Notre Dame’s candidates in the Baltimore province.
She taught at Sacred Heart of Jesus School in Highlandtown from 1968 to 1970 and at St. Mary of the Assumption School in Govans from 1970 to 1971.
Sister Dolores served as a community leader at Villa Maria, her religious order’s former retirement and nursing home in Glen Arm, from 1971 to 1977.
She served at St. Vincent Homes in Tacony, Pa., from 1977 to 1998.
In 1998, Sister Dolores moved to Villa Assumpta and ministered to the religious sisters in the adjoining health care center. In 2011, she moved to Maria Health Care Center.
Sister Dolores’ brother, Redemptorist Father Bernard J. Baumgartner, served in the Archdiocese of Baltimore and the Archdiocese of Philadelphia before his death in 2006.
She earned a bachelor’s in elementary education from Seton Hall University in South Orange, N.J.
To read more obituary articles, click here.
PrevNext