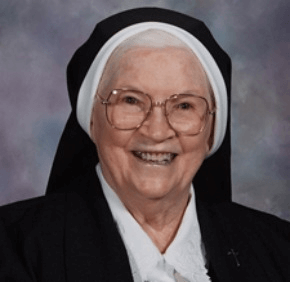 By Catholic Review Staff
A funeral Mass for Sister Columbkill O’Connor of the Sisters of St. Francis of Philadelphia was offered Nov. 10 at Assisi House in Aston, Pa. Sister Columbkill died Nov. 6; she was 102.

A professed member of the Sisters of St. Francis of Philadelphia for 78 years, Sister Columbkill was born in Ireland. She entered the congregation in 1935 and professed her first vows in 1938.

She earned a bachelor’s degree in education from what is now Mount St. Mary’s University in Emmitsburg and ministered primarily in education.

Sister Columbkill spent the bulk of her ministry in the Archdiocese of Baltimore, serving Our Lady of Mount Carmel School in Essex for 41 years, both as a teacher and as a volunteer remedial teacher. She also taught for nine years at the former Immaculate Conception Convent in Towson and for two years at the former St. Peter Claver School in Baltimore.

Sister Columbkill also ministered in the Archdiocese of Washington, D.C., and the Diocese of Wilmington, Del.