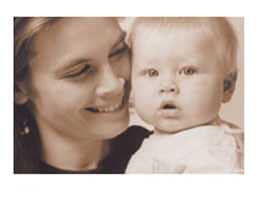 According to Teresa Ernst, assistant director for communications and special events for St. Vincent de Paul, Sarah’s Hope was created in 2004 as a collaborative effort with Baltimore County and the interfaith organization Abraham’s Tent Coalition, which is now known as the Sarah’s Hope Coalition.

During its nearly four years of operation, Sarah’s Hope focused on providing employment counseling, education and home placement, in addition to a host of other services. The shelter also provided clothing contributions and eight weeks of summer camp for children in school. More than 80 individuals went on to secure permanent housing.

The night shelter at the Eastern Resource Center will now be operated by the Community Assistance Network (CAN), and day resource services for shelter residents will be provided by Baltimore County’s Young Parent Support Center, according to Ms. Ernst.

While Sarah’s Hope will no longer operate at the Eastern Resource Center, Ms. Ernst said the Sarah’s Hope Coalition would like to find a new location in Baltimore County in which to run Sarah’s Hope as St. Vincent de Paul knows it.

Mr. Schiavone met May 15 with an overflowing crowd of concerned supporters and volunteers at Trinity Episcopal Church in Towson to discuss the decision by Baltimore County not to renew its contract with St. Vincent de Paul.

“We’re not trying to overturn this decision,” Mr. Schiavone said in an interview with The Catholic Review May 15. “We have a program that we’ve created that we think has value. So, how does that go beyond what we’ve got?”

Mary L. Harvey, the county’s director of community conservation, told the crowd she realized the decision would be unpopular among volunteers. Several times during the meeting, volunteers expressed their frustrations to Ms. Harvey, saying they felt under-appreciated for their service to the community and were concerned about the families they had served.

“The county needs an emergency shelter,” Ms. Harvey acknowledged. “Every day we get countless calls from folks who need a place to go.”

Mr. Schiavone cautioned supporters not to turn to anger. The future of the shelter, he said, remains in the hands of the community and its desire to improve the lives of the less fortunate.

“What transcends all of this,” Mr. Schiavone said, “is that we served the people who were poor and vulnerable. It’s that people understand the common need and the common good of coming together and working together.”