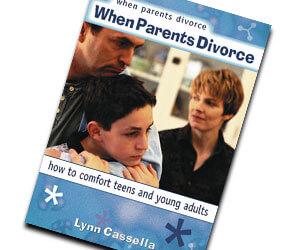 A new and much-needed ministry to help children cope with their parents’ divorce or separation is taking shape in the Archdiocese of Baltimore.

On Feb. 20, Our Lady of Perpetual Help in Ellicott City will host a daylong retreat for third-graders through eighth-graders whose parents are separated or divorced. The retreat is offered by Lynn Kapusinski, director of the nonprofit Faith Journeys Foundation, who will complete her master’s degree in pastoral counseling this semester.

Kapusinksi explains that helping children heal is an important step in breaking the cycle of divorce; the divorce rate for women who come from a divorced family is 60 percent; it’s 35 percent for men from divorced families.

And divorce is the main reason why people leave the Catholic Church.

“This is definitely a marriage and family-building ministry,” Kapusinski says. “In order to combat this ‘cycle of divorce,’ we need to provide effective Catholic-based pastoral care programs on an ongoing basis so that children can enter marriage without the obstacles of unresolved grief and with renewed appreciation for the sacramental nature of marriage.”

Kapusinski herself grew up in a divorced home, but she is happily married.

“I know, having lived through it, how tricky it is to resolve this grief,” she says. “Without my faith, without the sacraments, I don’t think I could have weathered this storm.”

But little is done in the church for the children of divorced or separated families, which Kapusinski hopes to change. She would like to see her program become a national model, similar in scope to Project Rachel, and her foundation will train facilitators.

The retreats, which she has given in the Archdiocese of Washington and the Dioceses of Pittsburgh and Harrisburg, focus on four elements: looking at the grief process; problems and solutions with parents; the faith journey; and forgiveness.

“I weave Catholic teaching all through it,” says Kapusinski, the author of “Now What Do I Do? A Guide to Help Teenagers with Their Parents’ Separation or Divorce,” which has been endorsed by Archbishop Edwin O’Brien and received an award from the Catholic Press Association. She’s also the author of “Making Your Way After Your Parents’ Divorce,” which has been endorsed by Washington’s Archbishop Donald Wuerl. In April 2008, she presented her ministry model at the Pontifical Lateran University in Rome.

At Our Lady of Perpetual Help, the children will be divided into two groups, third- through fifth-graders and sixth- through eighth-graders. Parents attend an orientation at the beginning and “at the end we bring everyone together with a very touching forgiveness ceremony,” Kapusinski says.

She emphasizes that the retreat is not therapy or counseling. Although divorce doubles a child’s risk for problems, only a minority of children experience lasting negative effects, so most children are helped by a day retreat. Those with more involved needs can be referred for pastoral counseling.

Too often children think they’re the only ones in a Catholic parish or school who have divorced parents.

“A retreat is a really nice way to bring children together – it normalizes what they’re going through” Kapusinski says. “They learn to express grief, communicate and now they can bring God into this.”

Ministering to the children, she adds, in no way condones divorce.

“They’re innocent victims,” she says. “If we don’t do something, the divorce rate will increase. I think this is so pressing with that divorce rate.”

Children of divorce and separation must cope not only with anger and grief, but with other issues, too, such as a parent dating.

“We have to offer children something,” Kapusinski says. “They’re not born knowing how to navigate this.”

Kapusinski received a stipend from Our Lady of Perpetual Help to cover her costs, which will be paid for in part by a nominal fee for those attending the retreat.
She’s already been asked to do a retreat for teens and is willing to offer a retreat wherever there is a demand.