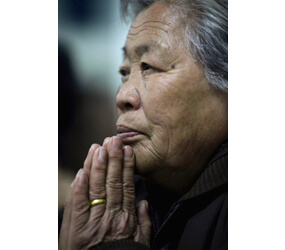 UNITED NATIONS – The right to religious freedom “continues to be widely violated,” the Vatican’s nuncio to the United Nations told a U.N. committee Oct. 21.

Archbishop Celestino Migliore stressed that there is “no religion on the planet” free from discrimination and noted that “acts of intolerance and violations of religious freedom continue to be perpetrated in many forms.”

He told the U.N. General Assembly’s Third Committee, which deals with social, cultural and humanitarian issues, that more cases of religious freedom violations have recently been brought to courts and international human rights groups.

Amid the increase of religious intolerance worldwide, he said Christians have been the group most discriminated against. In recent months, Christian communities in Asian and Middle Eastern countries have been attacked, leaving many injured and killed and churches and homes burned.

He said these actions have occurred in response to anti-blasphemy laws that criminalize any defamation of Islam and often are used to “foster injustice, sectarian violence and violence between religions.” Under these laws, some people have falsely accused others of blasphemy to settle a personal score.

“In this context, my delegation welcomes and supports the promise of the government of Pakistan to review and amend such laws,” the nuncio said. In Pakistan, in particular, the problem of violence against Christian communities has been prevalent in some parts of the country.

Archbishop Migliore urged governments not only to repeal the anti-blasphemy laws but also to address the root causes of religious intolerance.

Education, not legislation, is the best way to stop religious intolerance, he said.

“Legislation which restricts freedom of expression cannot change attitudes,” he said, adding that states should “refrain from adopting restrictions on freedom of expression which have often led to abuse by the authorities and to the silencing of dissenting voices, particularly those of individuals belonging to ethnic and religious minorities.”

True freedom of expression is key to contributing to respect for others, the archbishop said, because it gives people the opportunity to speak out against “religious intolerance and racism and promote the equal dignity of all persons.”

He urged people of different faith traditions to work together to end religious intolerance, especially by educating young people “on the importance of tolerance and respect for cultural and religious diversity.”

“Cooperation among religions is a prerequisite for the transformation of society and must lead to a change of minds and hearts so that a culture of tolerance and peaceful coexistence among peoples can truly be built,” the nuncio said.

In an Oct. 15 address to the U.N. General Assembly’s Third Committee, the nuncio spoke of the critical need to end violence against children. He praised the work of the Convention on the Rights of the Child, now being celebrated on its 20th anniversary, for “protecting the rights and interests of children.”

The archbishop said that in the past 20 years the convention has been ratified by almost 200 states and international consensus has grown as governments have become more aware of the need to protect all children.

He urged states who have not ratified the convention to do so.

“The Holy See once again reaffirms its constant concern for the well-being and protection of all children and their families and continues to call all states to do the same with renewed urgency since all children deserve to grow up in a stable and healthy environment in keeping with their dignity,” he said.

Archbishop Migliore also emphasized that no discussion about ending violence against children can ignore “that for too many the right to life is denied.”

Along with famine and wars, exploding munitions, lack of housing and schooling, diseases and sexual exploitation, he said prenatal selection that “eliminates babies suspected to have disabilities and female children simply because of their sex” is also an attack on children.

There also is the danger that in promoting and protecting the rights of the child the state “inadvertently” minimizes the role of parents, he said.

He emphasized “the importance of the family in the life of each and every child,” and said “all legislation regarding children must take into account the indispensable role of parents, for children are born of a mother and father, and into the fundamental community which is the family.”