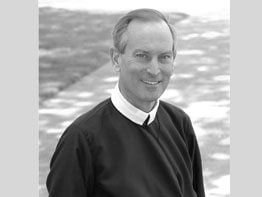 Father Gerard Knapp, C.Ss.R., required little briefing when he arrived as the new pastor at Sacred Heart of Jesus in Highlandtown.

“It’s my home parish,” Father Knapp said. “As a boy, I had to cross one street on my walk to church and school.”

Father Knapp spoke from Brooklyn, N.Y., where he spent the last 18 years in the finance office of the Redemptorists, the last three as procurator, or treasurer. His plan was to be at Sacred Heart on Aug. 5, completing a homecoming 45 years in the making.

Father Knapp, 59, graduated from the since-closed Sacred Heart School in 1963, when he entered a minor seminary operated by the Redemptorists. Ordained in 1975, he spent five years as a parish priest in Philadelphia. After receiving a pontifical degree in theology at The Catholic University of America, he taught for seven years at St. Alphonsus College, a seminary in Suffield, Conn.

“It’s been 27 years since I was in a parish,” Father Knapp said. “I’m excited about coming home to minister to the people who, in a sense, raised me.”

Father Knapp was at Sacred Heart of Jesus July 18, celebrating the nuptial Mass for Christina Piccione Crispens, one of his 10 nieces and nephews. He had been a regular visitor to his mother, who up until her death in 2005 resided in the Foster Avenue row home where his parents raised six children.

“I visited Baltimore regularly over the years,” Father Knapp said, “but I don’t know all of the challenges that await me.”
He has witnessed great change on the eastern edge of Highlandtown. While boyhood institutions like the Epstein’s department store on Eastern Avenue and the Grand Theater on Conkling Street are no more, other businesses have opened to serve a wave of Hispanic immigrants.

Despite being tested, his loyalty to his hometown is unwavering.

“I’ve always stuck with the home teams, and I was in limbo for 11 years after the Colts left,” Father Knapp said, of the departure of the National Football League team for Indianapolis in 1984. “The Ravens are a bonus, and I love the Orioles. I like to say that they’re the best last-place team in the American League.”