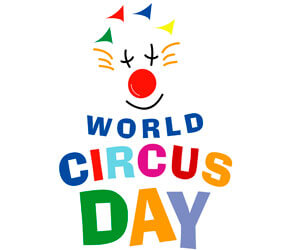 VATICAN CITY – The rights of circus and carnival workers must be protected and circus animals must be properly cared for and treated ethically, said a top Vatican official.

Archbishop Antonio Veglio, president of the Pontifical Council for Migrants and Travelers, made the remarks in a message marking World Circus Day, celebrated April 16.

“The church recognizes the social, cultural, and educational value of circuses,” which bring children and families together, spark people’s imagination and foster creativity, he said in a message released April 15.

Carnivals and circuses offer special opportunities for people to break out of their shell, be awed by the beauty of the shows and the skills of the artists and acrobats, and be filled with “hope that brings inner peace even amid the suffering, worries, and frustrations in life,” he wrote.

Archbishop Veglio said he hoped that World Circus Day would remind governments of “their duty to safeguard the rights of circus workers, so that they, too, may feel they are a full-fledged part of society.”

He asked local governments to recognize the social and cultural value of circus shows and performances and asked that they help reverse the marginalization of workers and any prejudices against them.

In the case of circuses that use animals in their shows or exhibitions, the archbishop asked that circus owners make sure the animals are “treated properly, keeping in mind their well-being.”

Now in its second year, World Circus Day was created by the World Circus Federation. The federation was established in 2008 with the aim of uniting circus communities worldwide and promoting circus arts and culture.

The pontifical council for migrants coordinates regular meetings at the Vatican to promote the pastoral care of circus and carnival workers around the world.