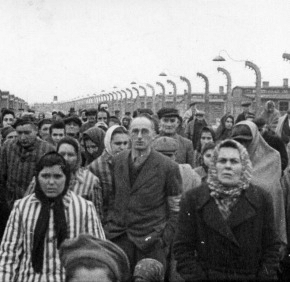 OXFORD, England – Although no date has been set, church leaders in Poland hope Pope Francis will visit the former Nazi concentration camp of Auschwitz during a July 2016 visit to Poland for World Youth Day.

“We hope Pope Francis will come to Auschwitz and deliver a warning to the world by again demonstrating the horrors of war and the camps, so they’ll never recur,” Cardinal Stanislaw Dziwisz of Krakow told the Polish Catholic news agency KAI.

An administration official at the Auschwitz Museum, Jolanta Kozuch, told Catholic News Service May 28 a date had not yet been agreed upon for a stopover by Pope Francis at the camp, 20 miles west of Krakow, where 1.2 million mostly Jewish prisoners died at German hands in 1940-45.

“Any visit by the head of the Catholic Church to Auschwitz, in the footsteps of John Paul II in 1979 and Benedict XVI in 2006, would always have huge significance,” Bishop Pieronek told CNS May 28. “This is a place of great importance for the whole of humanity, so it would be received very well if the pope came here to pray and commemorate.”

Cardinal Dziwisz spoke to KAI about preparations for July 26-31, 2016, World Youth Day in his diocese. He said bishops and youth groups from abroad were arriving in Krakow daily to check on preparations.

He will also certainly visit a hospital or home for the poor, in addition to other points in his program. But many other groups, such as the students of Europe, are also getting in touch and hoping to have a moment for themselves with him,” he said.

During his visit for World Youth Day, Pope Francis is scheduled to lead a Way of the Cross procession from the Krakow’s Divine Mercy Sanctuary, a prayer vigil on youth issues near the Wieliczka Salt Mine and a final Mass in the city’s Blonia Park.

The cardinal said the program had been largely based on the success of World Youth Day at Poland’s Jasna Gora national sanctuary in 1991, but had also taken account of Pope Francis’ personal devotion to the Divine Mercy cult centered in Krakow’s Lagiewniki suburb.

He also said he had asked Poland’s foreign minister to reduce visa charges for the 300,000 youngsters expected from Russia, Ukraine and other countries to the east.

In a May 27 report, KAI said World Youth Day organizers were seeking 20,000 volunteers from Poland and abroad to help with the event, which was expected to attract up to 2.5 million people, including 35,000 from the United States.

The agency added that the pope had been asked to visit other locations in Poland to mark the 1050th anniversary of the country’s Christian conversion, including Jasna Gora and the capital, Warsaw, and its oldest Catholic see at Gniezno.

In a Jan. 27 Twitter message to mark the 70th anniversary of the camp’s liberation, the pope said Auschwitz “cries out with the pain of immense suffering and pleads for a future of respect, peace and encounter among peoples.”

World Youth Day 2016 in Poland will offer message of mercy