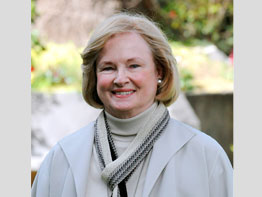 VATICAN CITY – When Mary Ann Glendon leaves her post as U.S. ambassador to the Vatican Jan. 19, she’ll end a term that was the briefest on record yet one of the most active.

Since her arrival in Rome last February, Ms. Glendon has been kept busy with a trip by Pope Benedict XVI to the United States in April, a return visit to the Vatican by President George W. Bush in June, five major embassy-sponsored conferences and the daily rounds of diplomatic obligations at one of the world’s premier listening posts.

In early December, she was co-hosting a Rome symposium on “Philanthropy and Human Rights,” which featured nine expert speakers from around the world. Like many of the embassy’s events, its editorial line largely reflected the Bush administration views on social and economic questions.

Ms. Glendon is unabashedly proud of having served under President Bush, and she believes the last eight years have seen a convergence of U.S. and Vatican positions in such areas as humanitarian assistance, the role of faith-based institutions, religious freedom and the place of religion in civil society.

“How lucky I’ve been to have served here at a time when relations between the United States and the Holy See have been so close and productive,” she said in an interview with Catholic News Service.

The pope’s U.S. trip in April, she said, was particularly interesting to her because the pontiff made a point of praising the American model of religious freedom. Sometimes described as “positive secularism,” it’s a model that gives religious values a significant voice in the public square, rather than excluding them on the grounds of church-state separation.

That’s a subject that’s been on Ms. Glendon’s mind for years as an academic. She has warned that this American model is “fighting for its life” today against persistent efforts to limit religion’s influence on government.

It just happens that the American model of religious freedom is also the topic of the U.S. Embassy’s last big conference under Ms. Glendon, to take place Jan. 13 in the presence of other diplomats accredited to the Holy See and Vatican officials.

Among the speakers is Philip Hamburger, who is widely considered the leading scholar on separation of church and state in the United States. Also present will be Joseph Weiler, an expert on religion and European society; Richard Garnett, who has written on law and religious freedom; and Cardinal Jean-Louis Tauran, the Vatican’s top interreligious dialogue official.

Ms. Glendon is already excited about the lineup.

The January conference marks the 25th anniversary of diplomatic relations between the United States and the Vatican. It is also the last in a series of embassy conferences commemorating the 60th anniversary of the Universal Declaration of Human Rights.

Ms. Glendon said she came to the ambassador’s position knowing it would be a short stint and decided to set an ambitious agenda based on those two anniversaries, convinced that human rights was an area where U.S. and Vatican interests coincided.

Ms. Glendon will return to her role as law professor at Harvard University in January. She’ll be back occasionally at the Vatican, however, as a member of the Pontifical Academy of Social Sciences. She resigned her position as president of the pontifical academy when she became ambassador, and whether she would return as academy president again is “up to the Holy Father,” she said.

At Harvard, Ms. Glendon goes back to a six-month research leave that will allow her to finish writing a book that she didn’t manage to complete over the last year.

“I was halfway through writing it when I took the job of ambassador,” she said. “I must say, I expected I would have a little spare time in this job, but it didn’t work out that way.”