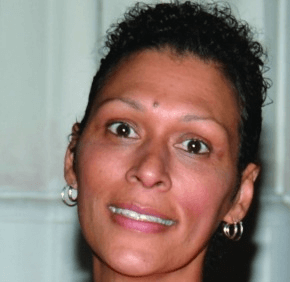 By David Karas and Mary Morrell

ASBURY PARK, N.J. – Catholics and other members of the Asbury Park community remain shaken by the murder of a Catholic mother of nine who was a popular religious educator and a revered parish leader.

More than two weeks after her death they are still trying to make sense of the tragedy and the violence that took the life of Tamara Seidle.

The 51-year-old mother of nine children, who range in age from 7 to 24, was gunned down on an Asbury Park street the morning of June 16 in an argument over child custody issues.

Her ex-husband, Philip Seidle, a Neptune police sergeant, has been charged with her murder, and he remained in custody in a county correctional facility, in lieu of $2 million bail.

Tamara Seidle taught religious education in both the Trenton and Metuchen dioceses for more than two decades and had been recognized by Trenton Bishop David M. O’Connell as a “pillar of faith” within the Mother of Mercy Parish community.

She was passionate about the importance of religious education. “It’s going to form their lives,” she said in a 2012 interview with The Monitor, Trenton’s diocesan newspaper. “Every child will encounter a situation where they are tested, and if there is no answer to God, there will be no answer to life.”

She was convinced of the long-term value of taking this time to educate children, saying, “They may not grasp everything … but they will go back to that foundation to help them.”

In 2012, she was named religious education coordinator for Our Lady of Mount Carmel and Holy Spirit parishes, which became Mother of Mercy in 2014.

Seidle, whose funeral Mass was June 22, had long and deep roots in the Asbury Park Catholic community, growing up in Our Lady of Mount Carmel Parish and serving in various roles at other area parishes, all of which are now part of Mother of Mercy.

“From her days growing up in Our Lady of Mount Carmel Parish and her volunteer service in Our Lady of Providence Parish, to her more recent role as a leader in our unified parish family, Tamara has dedicated her life to serving God and teaching children about his love for them,” said the pastor, Father Miguel Virella, a Divine Word Missionary.

“Her faithful spirit has been a light to us all as we, coming from different places, have grown into what is now Mother of Mercy Parish.”

He said everyone’s thoughts and prayers were “very much with Tamara’s nine children, who have suffered such a devastating loss. We ask God to give them strength as they mourn her death and begin to heal. We call upon everyone in this community to hold them in prayer, and to be present to them in their times of need throughout the days and months to come.”

The pews were filled. Participants openly wept, wrapped arms of support around friends and family members, lit candles under statues of Mary and the saints, and simply nodded to one another, at a loss for words, disbelieving what had happened. The congregation prayed for the intention of her children and family and for an end to domestic violence.

The void Seidle’s death leaves is palpable, according to Father Virella. “We also recognize the toll that Tami’s death has on the children of our parish, with and for whom she worked so diligently.

“We pray that they will always remember her faithful example of Christian discipleship and service to this church that she loved so dearly,” he said in a statement.

“We pray that they will draw ever closer to God and, just as she had hoped for them, be able to turn to God whenever things become difficult in their lives.”

Jill Kerekes, Trenton’s diocesan associate director for parish and school catechesis, said that Seidle was always “looking out for everybody else.”

“Tami was just a beautiful person, and she just radiated kindness,” she told The Monitor. “She just has always been such a gracious and humble servant.”

Father Virella had known and worked with Seidle since she first arrived in Our Lady of Providence Parish in Neptune in 2000. Beyond being a spiritual adviser to her, he said they were friends, and acknowledged that she was dealing with some very difficult problems at home.

After her death Tuesday, the priest focused his efforts on comforting her children. On the day of the shooting he accompanied family members to the Monmouth County Prosecutor’s Office.

“Our minds cannot fathom the horror that transpired when Tamara Seidle was shot and killed in front of her own 7-year-old daughter,” Bishop O’Connell said in a statement the day after her death.

According to police, the little girl was in her father’s car as he chased Tamara’s car through the streets until she crashed at an intersection. He crashed into her and then jumped out of his car to shoot her, said police.

“The broken hearts of all those who knew her and worked with her, both in the parish and across the diocese, are struggling with unimaginable and inconsolable grief at her loss,” Bishop O’Connell said.

He joined “the parish, as well as Tamara’s friends and family, in prayer for her and her nine children at this difficult time. May the Lord Jesus welcome her into his heavenly kingdom.”

Our role in ending domestic violence