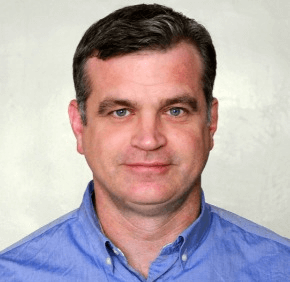 By Christopher Gunty
editor@CatholicReview.org
The archdiocesan planning process underway is a response to the call of Pope Francis to conversion of the entire church in the 20th century, according to the Archdiocese of Baltimore’s director of evangelization.
John Romanowsky, director of the Department of Evangelization, said that both the pope and Archbishop William Lori have called people “to embrace a missionary or a pastoral conversion… so that all the ways of doing things – the language and the schedules and the structures – are serving our mission to go and make disciples.”
This focus is important to keep in mind as the archdiocese rolls out in the coming months a proposed model for parish structures. Each parish will be part of a “pastorate” that will have a single pastoral leader and parish staff. Pastorates will consist of a single parish or a group of parishes.
“The ‘Be Missionary Disciples’ planning process really begins at the level of the pastorates, … at the local level, by beginning to discern (if) there is anything that needs transformation in our parish community to help us better fulfill the mission to go and make disciples,” Romanowsky said, noting that Archbishop William E. Lori articulated this in his July 2015 pastoral letter, “A Light Brightly Visible.”
Romanowsky said Catholic parishes are very hospitable, but mostly to people who are already Catholic, who know where the church is. “A lot of people don’t feel welcome and … have a hard time finding the parish.
“It’s a change of culture to invest a huge number of resources and prioritize becoming a welcoming and hospitable community for those who are on the margins, for those who don’t know we exist for those who just don’t feel welcome or presume they’re not welcome,” he said.
Romanowsky notes that a parish is responsible for everyone who lives within its boundaries, not just those who are already Catholic and coming to Mass. “That’s your mission territory,” he said, quoting the archbishop’s pastoral letter. “You should know your mission territory so you can meet them where they are … and create a spiritual home for them where they are going to want to belong and open up their hearts to God’s grace,” the evangelization director said.
“That’s a radical transformation of the identity of a parish.”
He said the Catholic Church has traditionally invested a lot of resources in Catholic schools and the catechesis of children, but not so much for parents, so that adults are not well prepared to pass on their faith to their children or even to confirm what they are being taught in the parish. Adults who are not well formed in the faith cannot evangelize others.
Noting data that shows many people, especially Millennials, are moving away from the church, Romanowsky said the call to make missionary disciples is not a reaction to these times, but a response. Catholics believe the Eucharist is the source and summit of our faith, and just as Christ welcomes us, encounters us, accompanies us and sends us forth, we need to do the same as evangelizing parishes.
This means parishes and Catholics have to ask themselves challenging questions about how they are welcoming everyone in their parish territory, Romanowsky said. “How are we facilitating an encounter with Christ – maybe someone’s very first encounter with Christ – with everyone in our parish. How are we accompanying them … on their journey of faith?”
“The whole thrust of the planning is to become an outward-looking, outward-moving, missionary-focus kind of church which as any mission in the old days in Asia or Africa or South America used to be. It’s not a metaphor; it’s a description of what our priorities are,” Romanowsky said.
For details on the planning process, visit bemissionarydisciples.org.