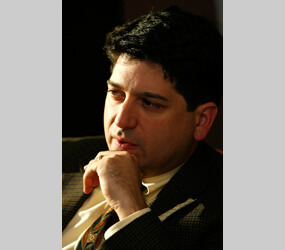 WASHINGTON – The Obama administration told members of a new President’s Advisory Council on Faith-Based and Neighborhood Partnerships and other guests April 6 that it wants the government to aggressively encourage participation by faith-based and community organizations in advisory and hands-on capacities.

At the opening session of a briefing that continued April 7, Joshua Dubois, director of the Office of Faith-Based and Neighborhood Partnerships, explained that the council and his office are still being organized, but that President Barack Obama’s goal is to “bring into partnership” faith-based and community organizations in the United States and around the world.

He noted that the predecessor Office of Faith-Based and Community Initiatives, created by President George W. Bush, did great work, but that there was a sense that “certain faiths were not welcome” and that community groups that didn’t have religious roots were not encouraged to participate.

“We take the word ‘community’ very seriously and when we talk about faith-based, we mean interfaith,” Dubois said.

He was joined in presentations by White House staff members charged with policy on education and urban affairs. Also speaking were an associate director of the Office of Management and Budget and Candy Hill, senior vice president for social policy at Catholic Charities USA.

Guests at the briefing included most of the 25 members of the advisory council, including nine people named to it April 6, among them Anthony R. Picarello Jr., general counsel to the U.S. Conference of Catholic Bishops.

Mr. Picarello told Catholic News Service he believes his experience with litigation over the right of religion-based employers to hire and fire employees according to church teachings was the type of experience that brought him to the attention of the White House for an appointment to the council.

Previously announced members of the council include Father Larry Snyder, president of Catholic Charities USA, and Arturo Chavez, president of Mexican American Catholic College in San Antonio, formerly known as the Mexican American Cultural Center. Other members are leaders of Jewish, Protestant and Muslim organizations as well as nonreligious entities such as Big Brothers Big Sisters of America, the Human Rights Campaign and Asian Indian Women of America.

Others at the session included several dozen representatives of organizations such as the Catholic Health Association, Catholic Relief Services, the Sisters of Mercy, and Network, a Catholic social justice lobbying group.

Mr. Dubois said Obama’s own experience as a community organizer has shaped his vision for the office and the advisory council.

An announcement on the revamping of the faith-based program in February described its top priority as “making community groups an integral part of our economic recovery and poverty a burden fewer have to bear when recovery is complete.”

The council’s mandate also will include reducing the demand for abortions, encouraging fathers to stand by their families, and working with the National Security Council to “foster interfaith dialogue with leaders and scholars around the world.”

At the April 6 meeting, a newly named council member, Bishop Vashti M. McKenzie, presiding bishop of the 13th episcopal district of the African Methodist Episcopal Church, encouraged the administration to sincerely take advantage of the experience and the assistance offered by the people in the room.

She said those around the table in the Eisenhower Executive Office Building had been called many times to dialogue about collaboration and other projects “that never happened.”

“All of us are in the trenches,” she said. “We can tell you what works and what doesn’t.”

Martha Coven, director of the White House Office of Mobility and Opportunity, briefed the group about some of the administration’s goals in addressing poverty, such as modernizing the welfare and unemployment systems, and working to provide home nursing visits for low-income first-time mothers.

Derek Douglas, special assistant to the president for urban affairs, said with 80 percent of the U.S. population living in metropolitan areas the administration hopes to refocus the attention of many agencies that disproportionately goes to nonurban settings.

Ms. Hill, from Catholic Charities USA, in a presentation about opportunities for faith-based and community organizations that have arisen from the economic recovery, said that with new money dedicated for poverty-eliminating programs “now we need to make sure the money is spent on what it was intended for.”

She encouraged the group to use a link on her organization’s Web site, www.catholiccharitiesusa.org, to help keep track of what resources are available, how to apply and how to report misuse of funds.