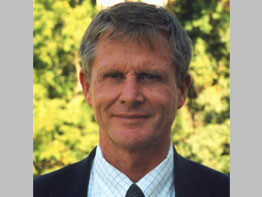 ARLINGTON, Va. – A Virginia man who died while trying to rescue his son after he had fallen into a septic tank was remembered by friends and family as a loyal friend, volunteer and above all a devoted father and husband.

Thomas S. Vander Woude, 66, died Sept. 8 in an accident at his home in Prince William County. He drowned while trying to save his youngest son, Joseph.

Joseph, 20, who has Down syndrome, was hospitalized Sept. 9 and was expected to make a full recovery, according to Father Francis Peffley, pastor of Holy Trinity Parish in Gainesville, where the Vander Woudes are members.

“Tom was a most humble man,” said longtime friend Bob Laird, executive director of Divine Mercy Care and an administrator at Tepeyac Family Center in Fairfax. “For all of the good that he did, he took no credit for it, but gave the credit to others and to the intercession of the Blessed Mother.

“He dedicated his entire life to his family and his faith. This dedication cost him his life saving his son,” Mr. Laird told the Arlington Catholic Herald, the diocesan newspaper.

Besides Joseph, Vander Woude is survived by his wife, Mary Ellen, and six other sons, one of whom is a Catholic priest, Father Thomas P. Vander Woude, pastor of Queen of Apostles Parish in Alexandria.

Anne Carroll, director of Seton School in Manassas, said the Vander Woudes moved to the area from Georgia in the early 1980s so their children could attend a solid Catholic school. While six of his seven sons made their way through the school, Vander Woude served on the school’s board of directors and coached varsity basketball and soccer.

As late as last year, Vander Woude was coaching a junior varsity team for his son Dan, Seton’s athletic director.

“As a coach, he was excellent but was also a real mentor and real role model,” Ms. Carroll said. “Whenever anything needed to be done around the school he was there. He and his wife kept the school going (in the early years) – he was building things and his wife was in the chapel praying.”

After retiring as a commercial airline pilot six years ago, Vander Woude worked as the athletic director at Christendom College in Front Royal until last year when his son Chris took over.

“He was a great man, a devout Roman Catholic, and great friend of the college,” said Christendom’s president, Timothy O’Donnell. “He sent his children here and made an incredible contribution to not only our athletics program, but also the larger life of the community here. Our hearts go out to his family at this time. He will be deeply missed.”

Vander Woude also was a dedicated volunteer at his parish.

Father Peffley said Vander Woude was responsible for training altar servers at Holy Trinity, two dozen of whom attended morning Mass Sept. 9 after hearing the news of his death.

“He did everything. I worked with him every day for the last seven years,” Father Peffley said.

He said that for six and a half years, Thomas and Mary Ellen set up for the Sunday Mass the parish celebrates at Brentsville High School.

“They arrived early to set up and stayed late to take down afterwards. He would do anything I needed help with around the parish,” the priest said.

In addition to his work with the college and his parish, Vander Woude and his wife were one of the first teaching couples for natural family planning to work with the Couple to Couple League in the Arlington Diocese, according to Laird.